On the Needles, plus giveaway winner

I seem to have gotten the shopping bug out of my system for now, so instead of doing Weekend Wants today, I thought I'd do something a little different and show you the knitting project I'm working on. 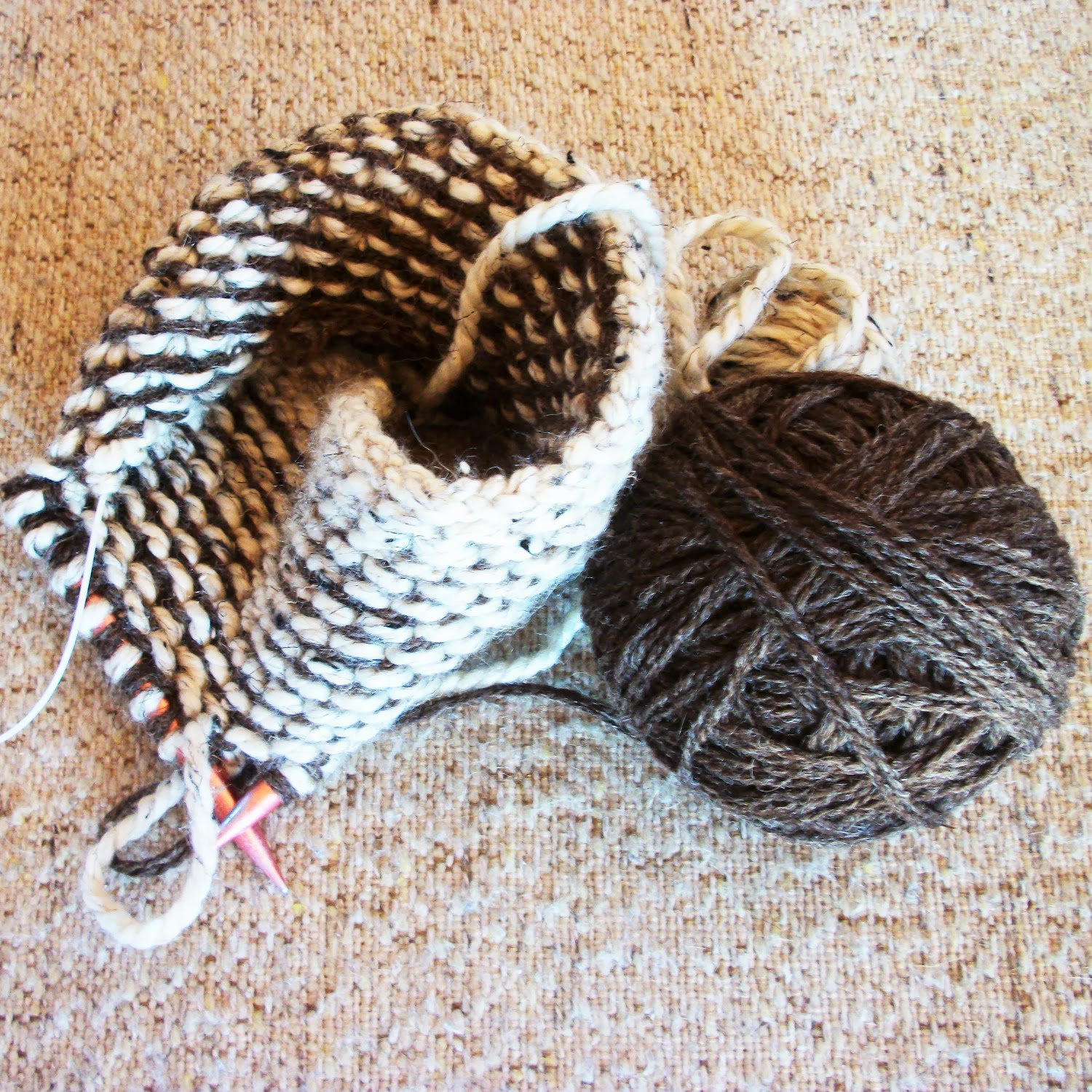 Like so much of the knitting I do, this moebius cowl is a combination of planning and chance. I had knit my sister a super-fast infinity scarf with bulky yarn for Christmas, and I kind of fell in love with it, so I was psyched when I thought I had enough leftover yarn to knit my own. Sadly, though, when I had knit up all of the remaining skein, it was too little to work as a cowl. So I had to get creative. 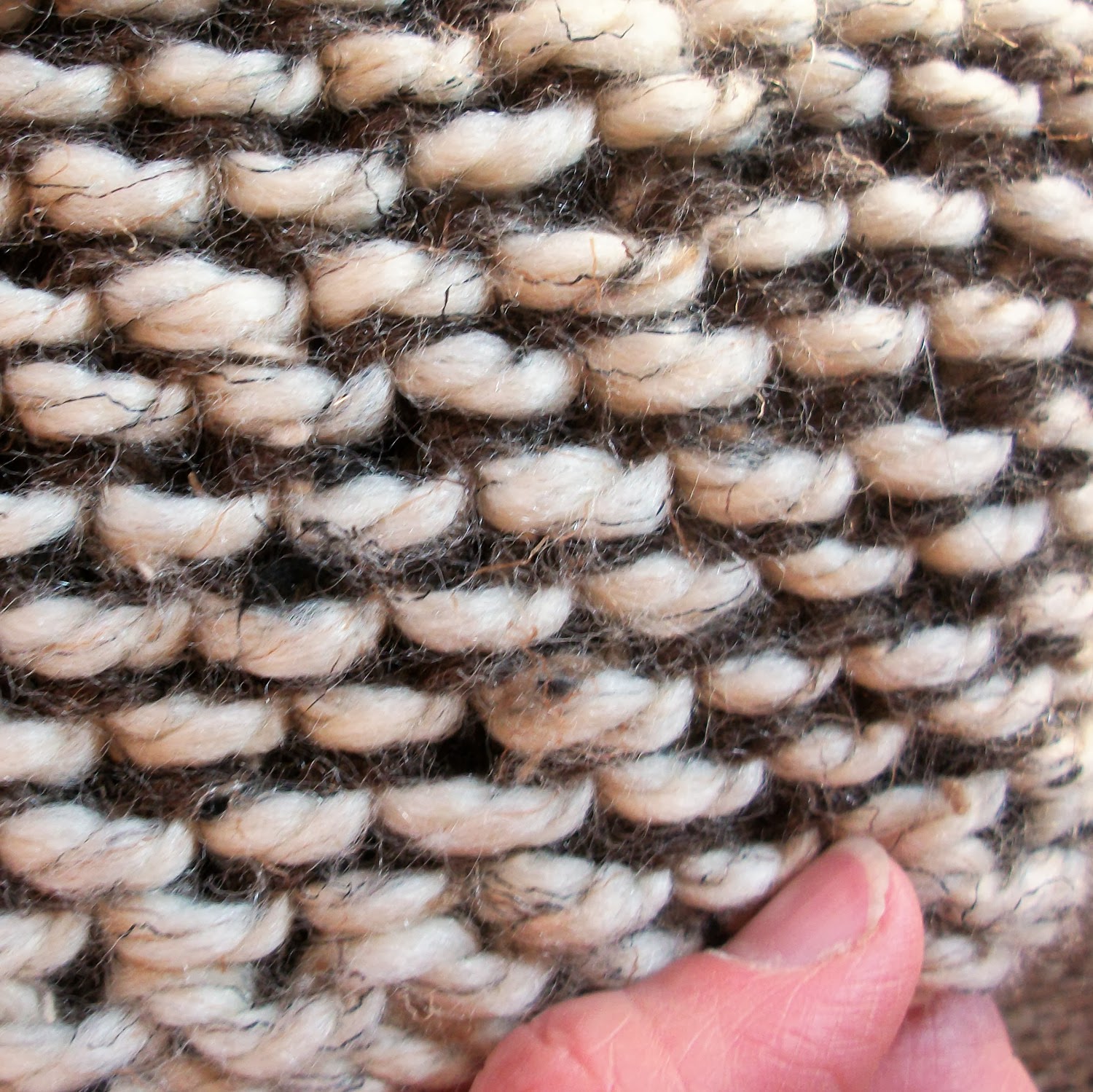 After lots of late-night planning (I tend to brood on these things when I'm lying in bed at night), I arrived at the idea of alternating stitches between the thick, super-soft natural-colored bulky yarn I had used for my sister's cowl, and a dark brown worsted weight yarn I have had languishing in my stash for a couple years now. It's a local yarn, which is really cool, but it's also SUPER scratchy, and I of course have only one skein of it (I have one-skein disease, meaning I'm always buying odd skeins of yarn with no apparent plan for them), which really limits the things I can do with it. I wasn't crazy about the idea of wearing it close to my skin, but I figured by alternating it (held double) with the thicker/puffier yarn, the scratchy stuff would kind of recede into the background. 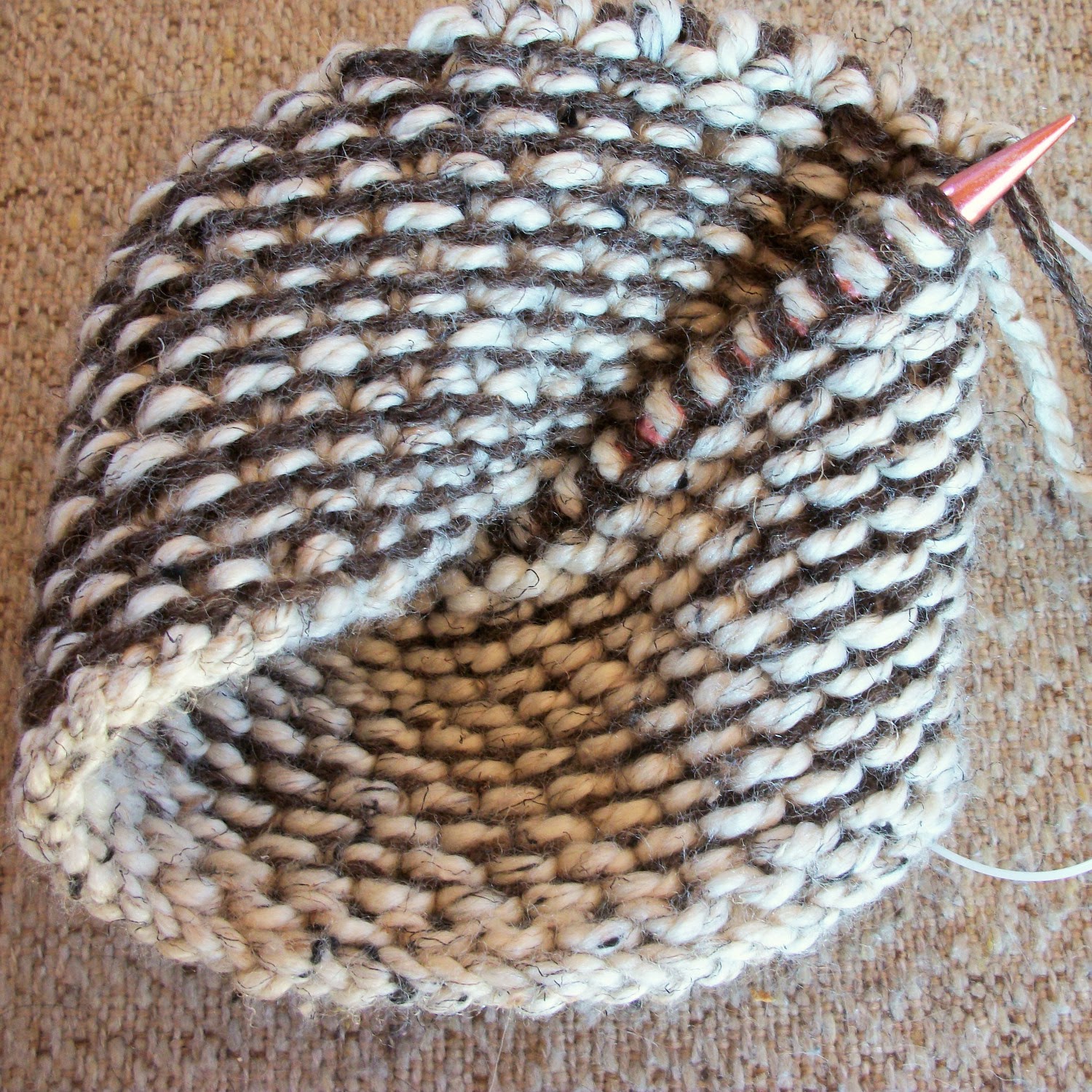 The moebius part, though, was an accident. I somehow got the thing twisted during the first round or two, which is a problem I have when I use the Magic Loop method of knitting in the round with a circular needle. By the time I realized it, I was unwilling to rip back, having already done so twice (don't ask). So I repeated that age-old knitter's mantra, "It's not a mistake, it's a design feature!" and carried on. To be honest, I'm not sure if I'm going to like the final result, but we'll see. As soon as it's done, it'll be one of my fashion challenge pieces for whatever week that turns out to be ...

This week's giveaway winner is sarahgamble34, who entered via Instagram. Sarah is an old family friend; her dad and my dad were best buds in high school and we used to play together when we were growing up. Now through the magic of social media, we've made a little connection again. Sarah blogs about her life and family over at Crazy Love Gamble Style. Go check it out and marvel at her adorable daughters. And tune in tomorrow for this week's giveaway!
Email Post