Memories, and More About Makeup

Meet me from 15 years ago — or, at least, a modern-day facsimile of same. 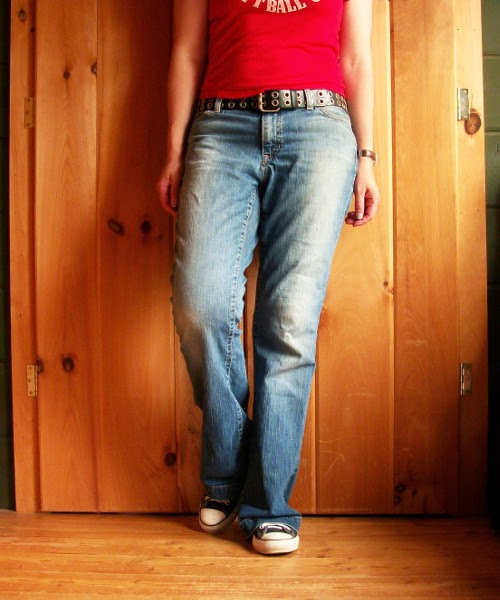 Today's Style Me May prompt was "Brings Back Memories," and when I saw this old T-shirt in my drawer, I decided to just go whole hog and put on an outfit that I would have worn in 1999. 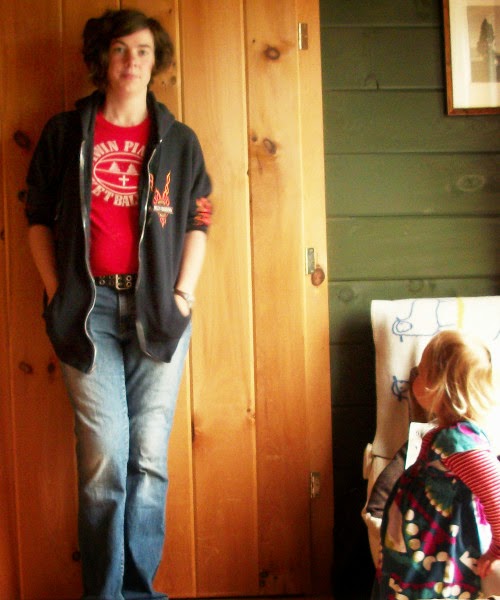 Looking through some old pictures of me from my college days recently, a friend remarked, "You were a total dude!" And that is pretty much accurate. I didn't really wear clothes that showed my figure, and a lot of my wardrobe was T-shirts, hoodies, cords, jeans and sneakers. My hair was cut short (shorter than it is now) and I pretty much never wore makeup. 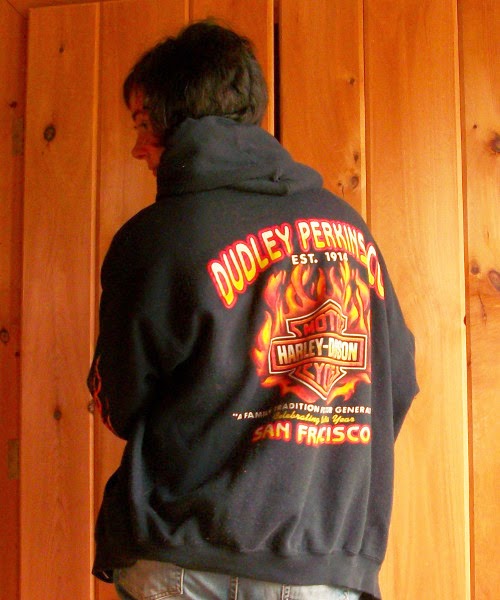 I have thought a fair amount over the years about my approach to beauty (which is, essentially, nonexistent, if you're talking about stuff like hair, skin and makeup), but I've often shrugged it off by just saying that I am "lazy." Well, the truth is, I'm not lazy; I take time and care with my appearance. It's just that hair and makeup aren't part of that process to me. And something a friend posted on Facebook today resonated with me: 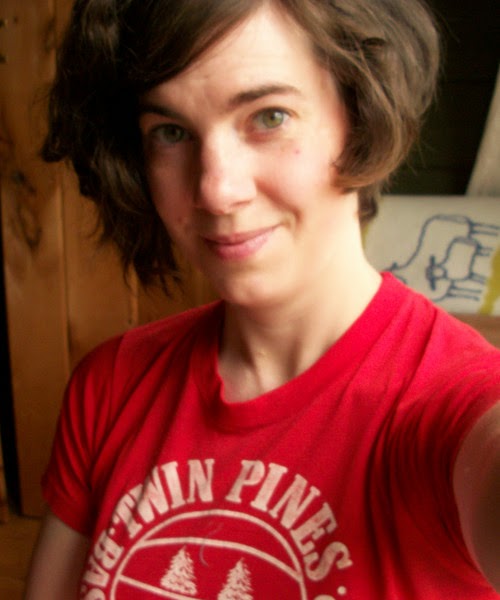 "The older I get, the more I feel like my lack of makeup-wearing/ eyebrow plucking/ fancy-lady-dressin' is somehow political, and not just laziness. I mean, have at it if you are into it, but I hate feeling like spending an hour doing that stuff is just a prerequisite to being a real woman or whatever." 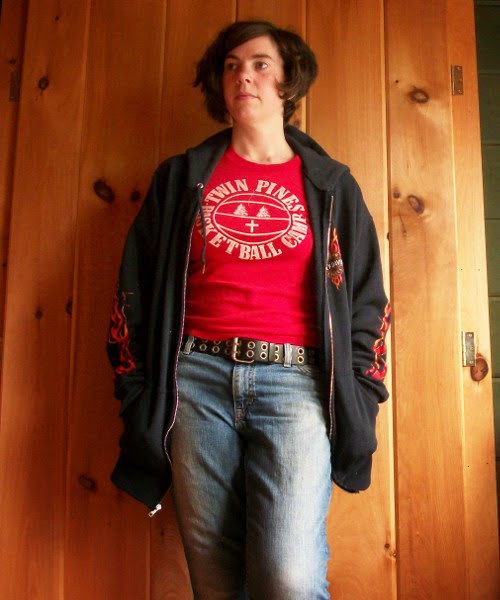 And, you know, I agree with her. It's not just that I'm "lazy" that I don't put on makeup; part of it is also the fact that I feel like the no-makeup me is good enough the way she is. I feel the same way about straightening my hair or spending a ton of time changing it from looking the way it does naturally. Even when I was younger and had gnarly acne, I chose not to conceal that fact from anyone, because that particular pretense wasn't one I wanted to expend energy on. 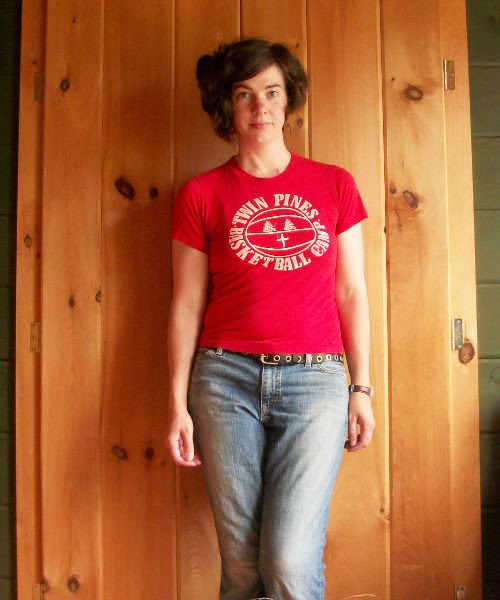 Over the past 15 years, I feel like I have in some ways bowed to pressures about conforming to an idea of femininity/womanhood (i.e. shaving my legs), but in other ways, I feel like I have discovered a joy in my own femininity that I didn't know before. So it's a mixed bag. I look back at 1999 me, and I realize that I am looking at a young woman who is not very comfortable with her own body; who is not comfortable yet being a woman in many ways. It is nice, now, to feel pretty and to know what makes me feel pretty — if and when I choose to make that a priority for myself. 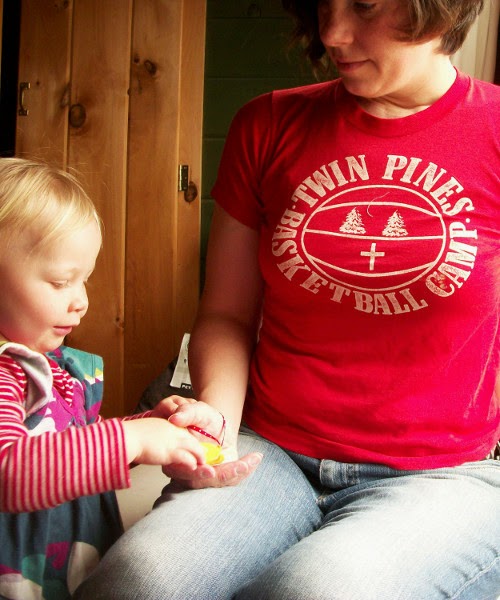 I have been struggling with how to talk to my daughter about all of this. I have no idea what she is thinking when she watches me getting ready in the morning, discarding one shirt in favor of another one, taking time to put on lipstick or try on different pairs of shoes in front of the mirror. What I'm saying to her, now, when she asks me why I do these things (because we are deep into the "Why?" stage of toddlerhood) is that I do them because they are fun. That feels like a safe way to talk about this stuff with a 2-year-old. But I know there will be more questions, probably sooner than I'd like to admit, about "pretty" and "cute" and other words that I'm not prepared to unpack for her just yet. For now, I'm sticking with "fun."
Email Post