I noted last year that I'm apparently the only style blogger around who doesn't love fall. There's nothing inherently wrong with the season itself; I've said before that fall is the only sane season in upstate New York. But as pleasant as it usually is, I can't forgive fall for its role as a harbinger of winter. So when it got chilly enough last week (in August, for chrissake) for me to break out sweaters, jackets and boots, I was not happy. 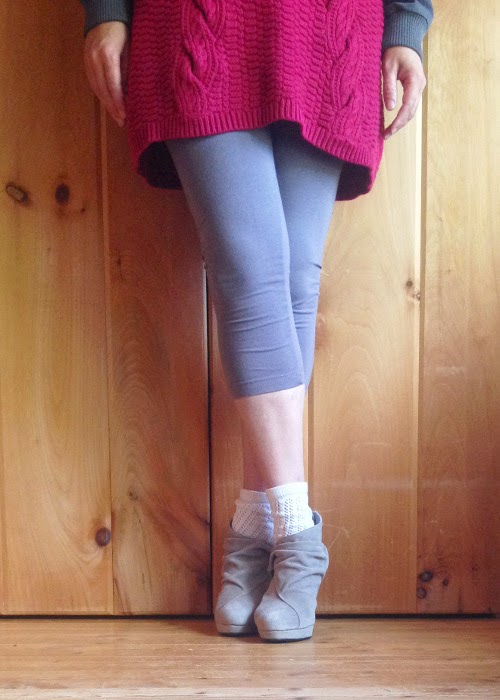 The thing is, this summer has been alarmingly pleasant. Usually upstate summers are a study in extremes; scorching hot and humid one minute, pouring rain the next. And the cycle continues this way until fall rolls around, when the humidity dries up and you can actually enjoy the sunshine. But by then, it's usually too late; the real warmth is gone, and you're reaching for jeans and sweatshirts before you know it. 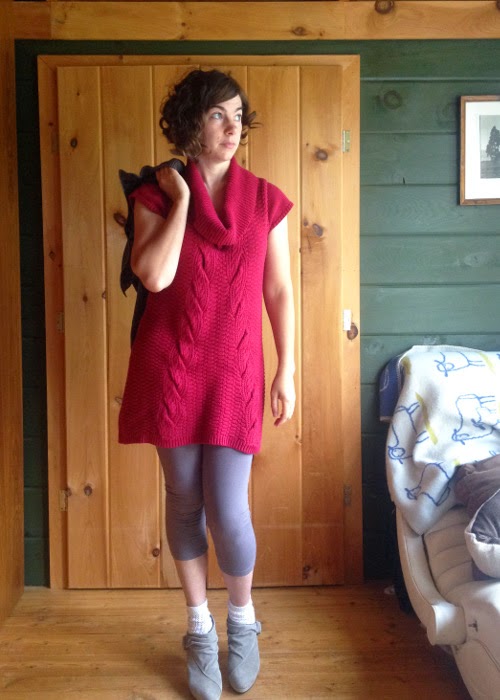 Not this summer, though. This summer has been — well, in a word, gorgeous. Cool nights, breezy days, temperatures in the 70s and 80s. Not everybody's idea of summer perfection, but pretty close in my book. We've had a few storms and some rain, but nothing to write home about; it's been a bit dry, but we're not in a drought, and the grass is still green. So why would I want the season to change? 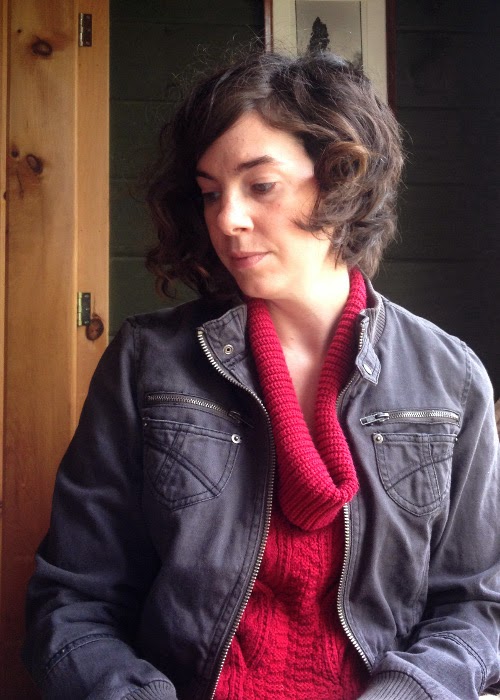 That being said, I am starting to get excited about a few things for fall, and this jacket is one of them. It's yet another item that I grabbed, willy-nilly, at a rummage sale, thinking that it was a possible candidate for resale. When I got it home and looked it over, I was instantly smitten. Cropped jackets and olive green are both on my list for fall, and this ticks both boxes. 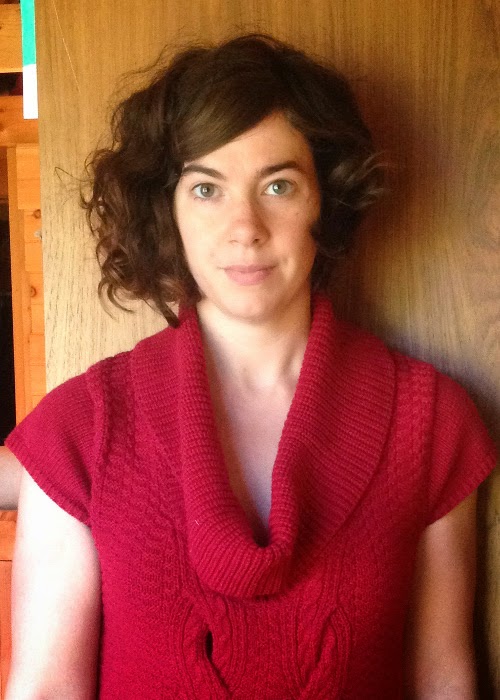 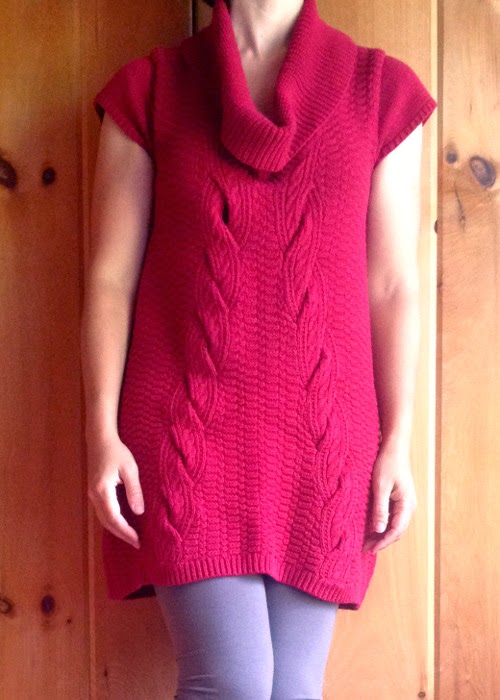 The jury is still out on this cranberry knit tunic, though; I love the color and the texture, but ... it's sleeveless. Hard for me to imagine getting much wear out of it in winter. Plus I'm not totally sold on the length and proportions of it — although I like it a lot better under the jacket than on its own. 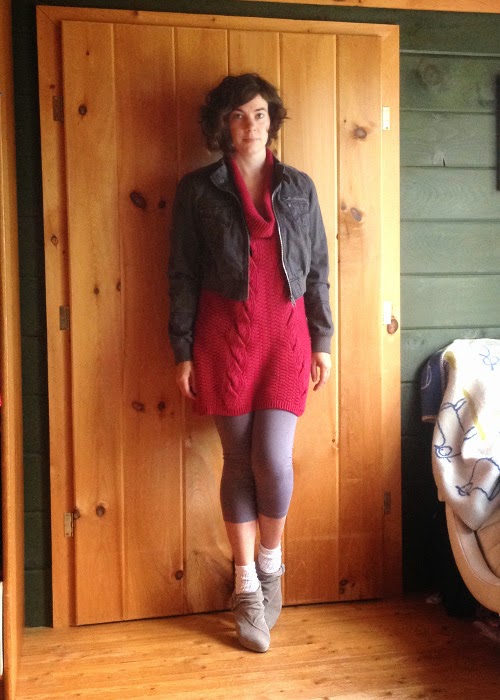 I can't do a rundown of this outfit because, except for the TJ Maxx leggings, it's all thrifted (even the socks) and I have no idea what brands any of these pieces are!
Email Post