In some fit of insanity when my daughter was a baby, I decided that I was going to make her a stuffed animal every year out of something she wore the previous year on her birthday. The gift I gave her for her second birthday was decidedly mediocre, so I decided to raise the bar this year. I present to you Tuffy the Tiger: 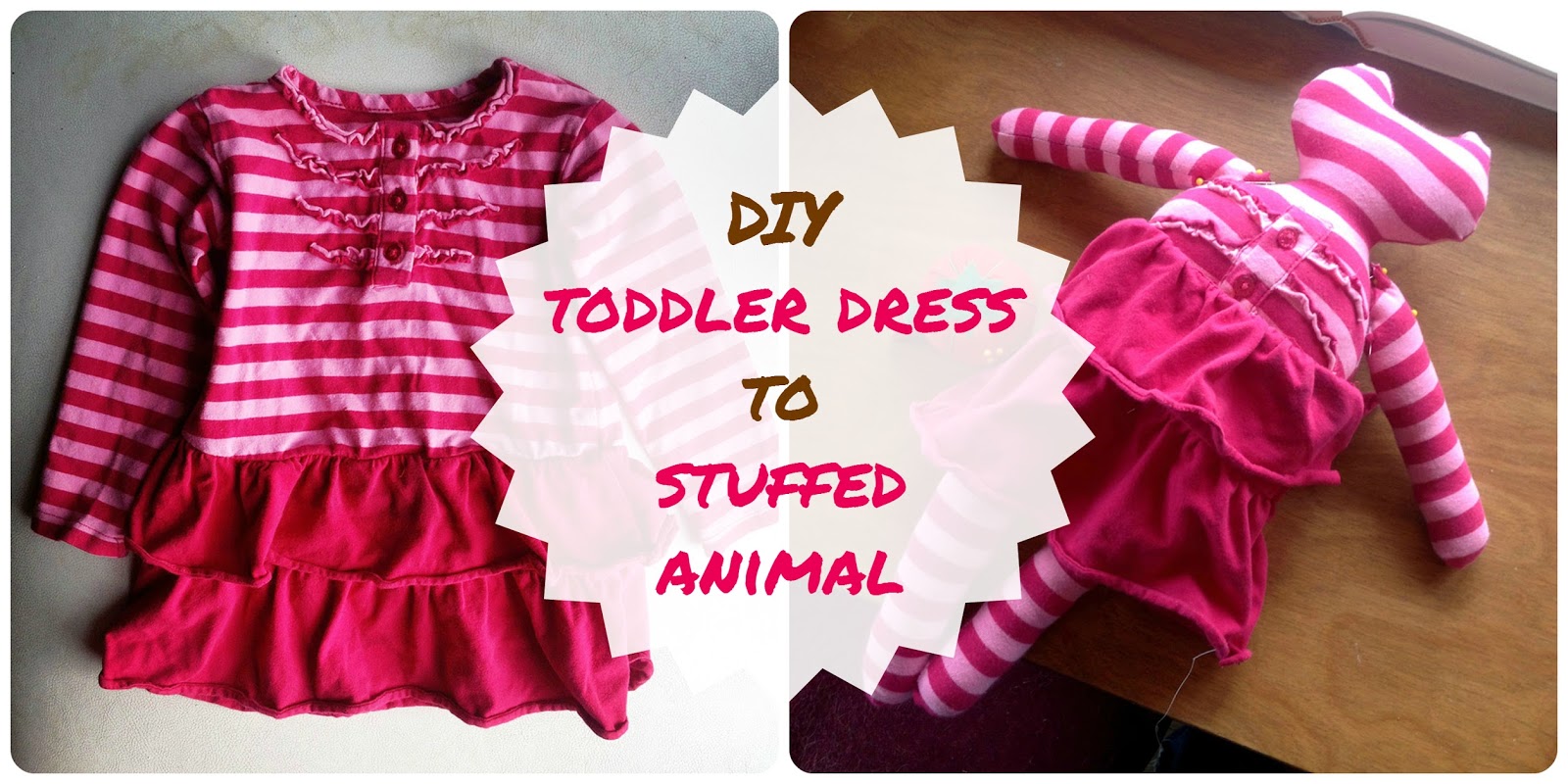 I thought I'd share a little bit about how Tuffy came together — but this is not exactly a tutorial, since my process was a) pretty haphazard and b) really guided by the specifics of the starting garment. 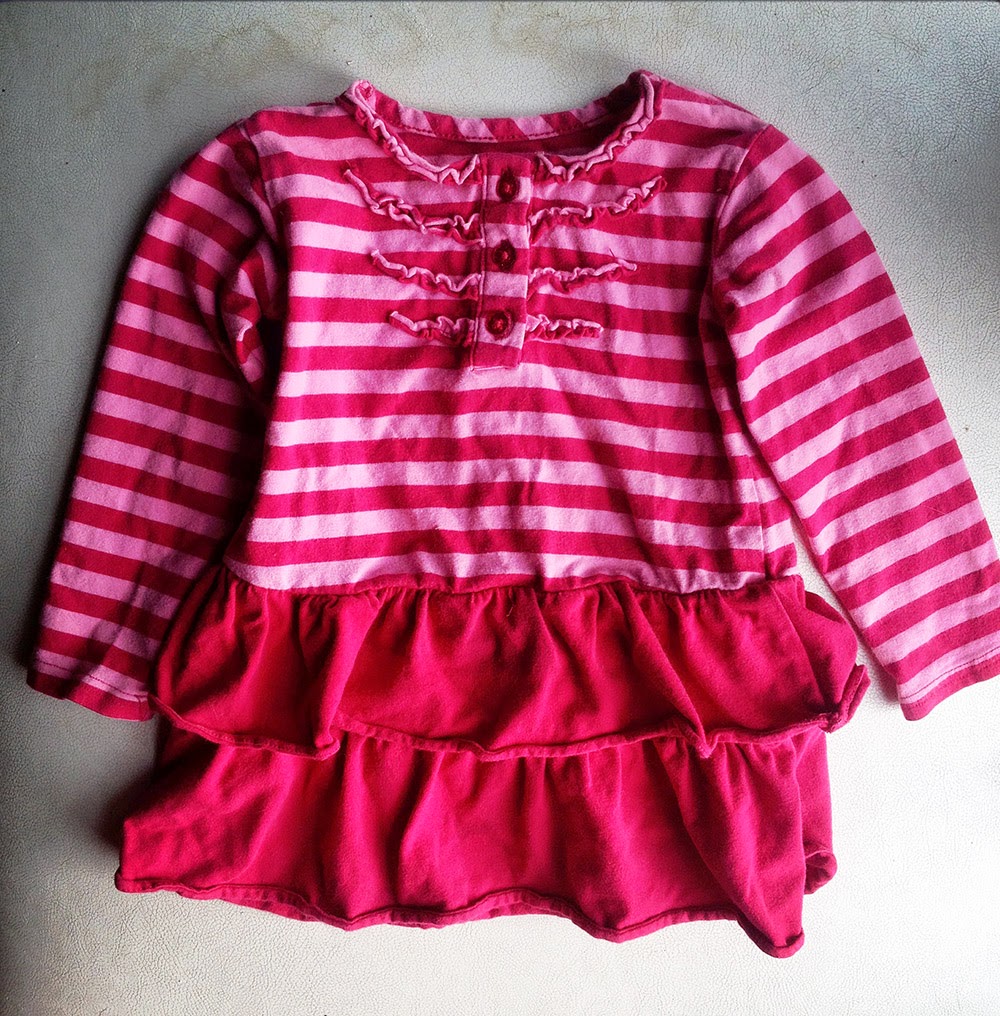 I started with a knit dress with a tiered skirt and a little ruffle detail on the front. After some head-scratching, I determined that I could get a head and body out of the bodice, and squeeze both arms and legs out of the sleeves. I saved the skirt to give the stuffed animal a skirt of her own. 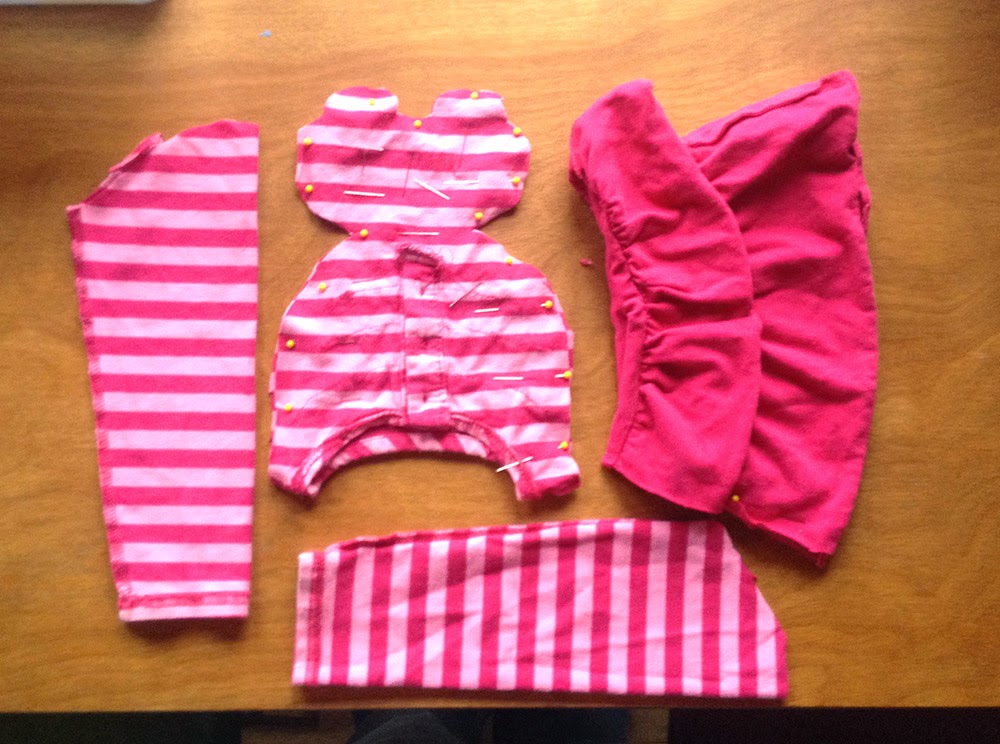 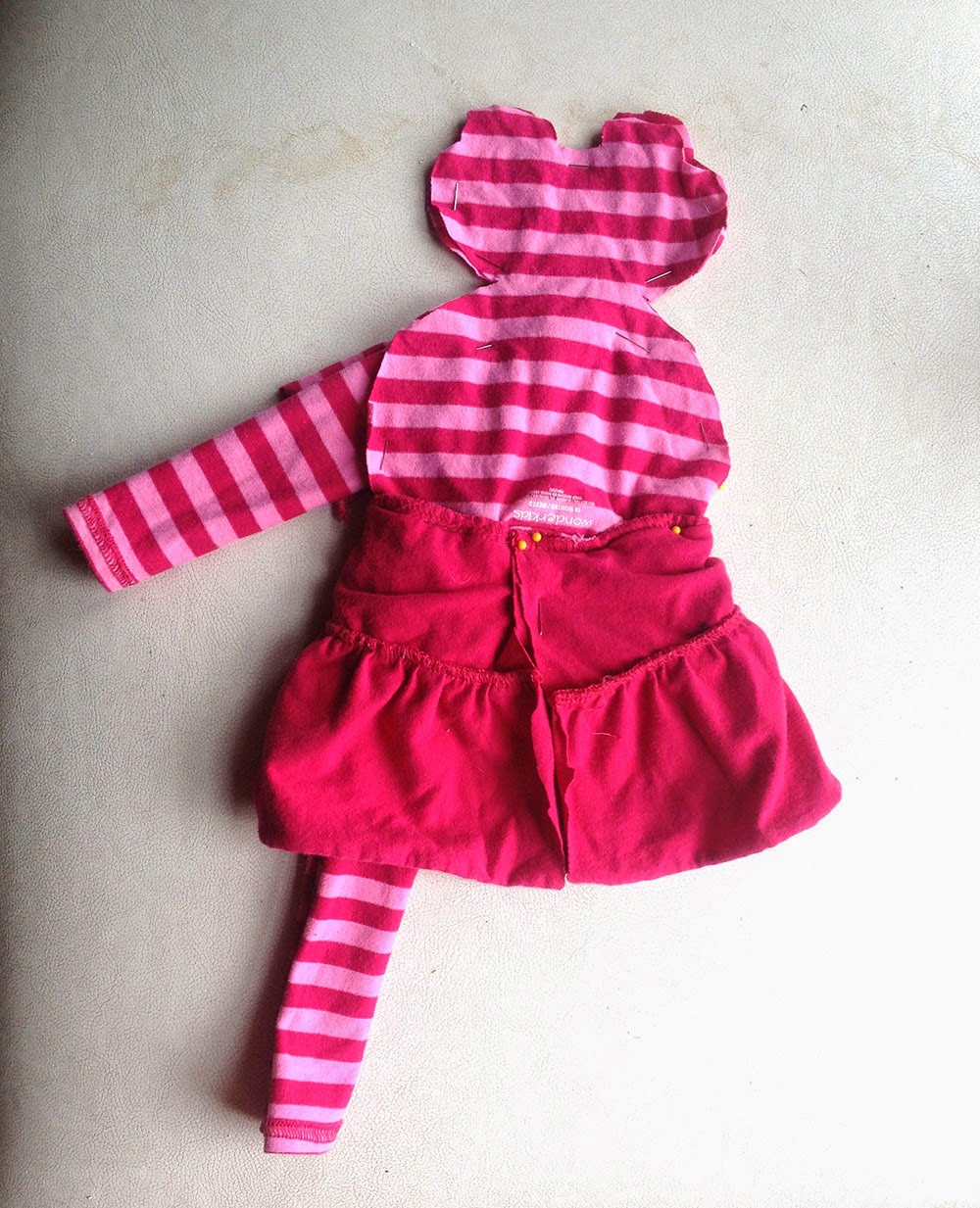 I cut the head and body part out upside down, knowing that the collar opening would be hidden by the skirt. And as you'll see later, it worked out surprisingly well that way!

To create the arms and legs, I sewed two seams down the middle of each, leaving enough space between the seams to cut them into two tubes. 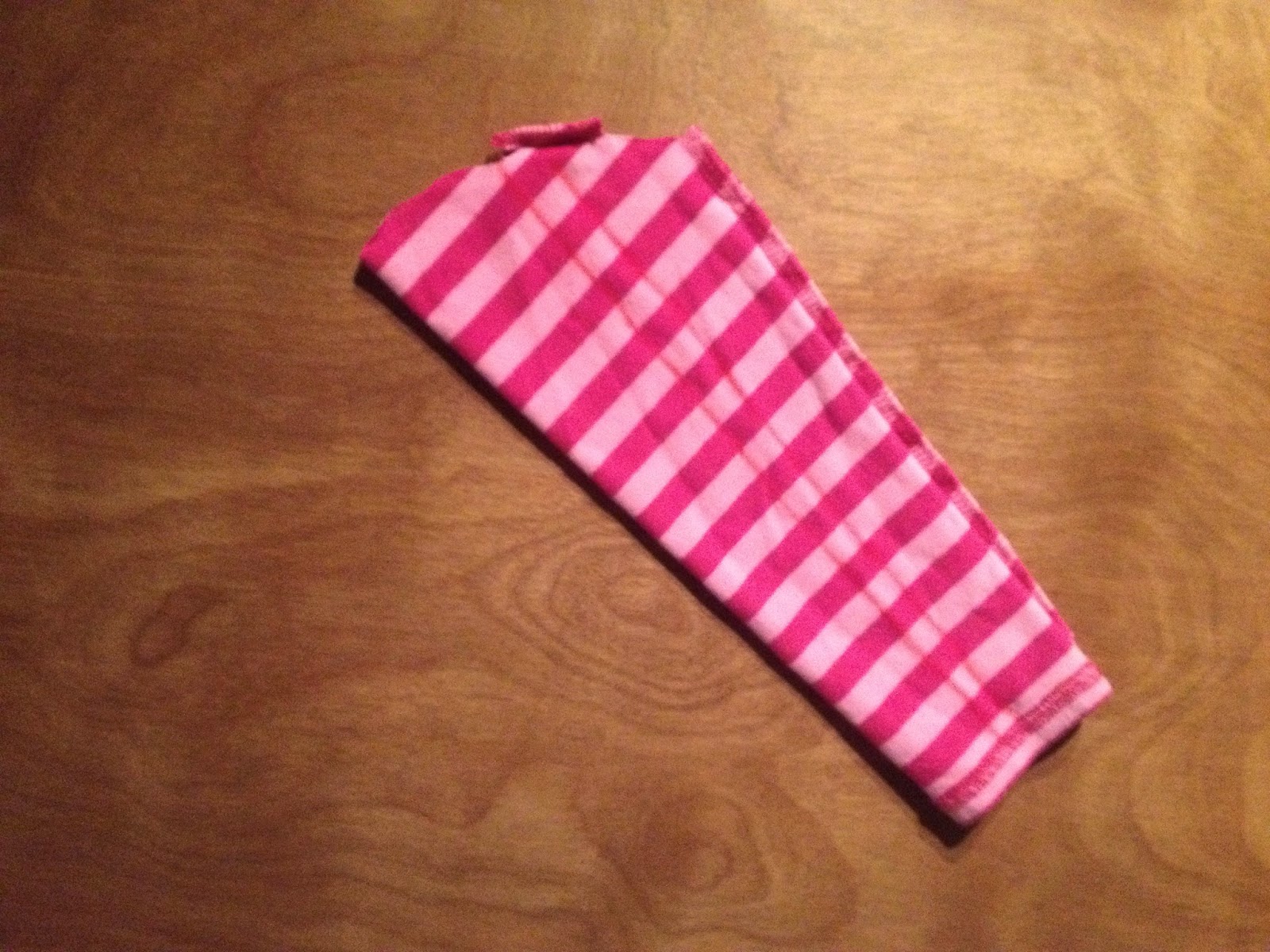 Stitching up the body was a little tricker, because curves. But I managed OK. 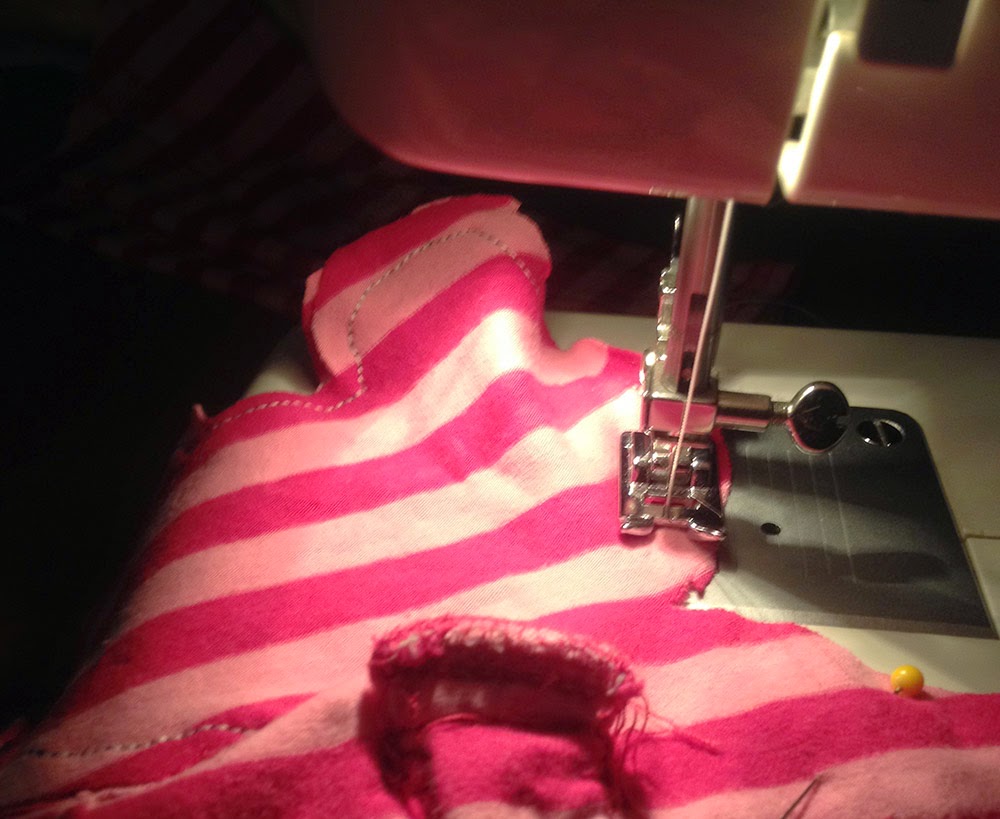 Once everything was all stitched up, I stuffed all the pieces full of polyfill (I briefly considered using some form of recycled material, or dried lentils or rice or something, but in the end I said "F it" and drove to Walmart). 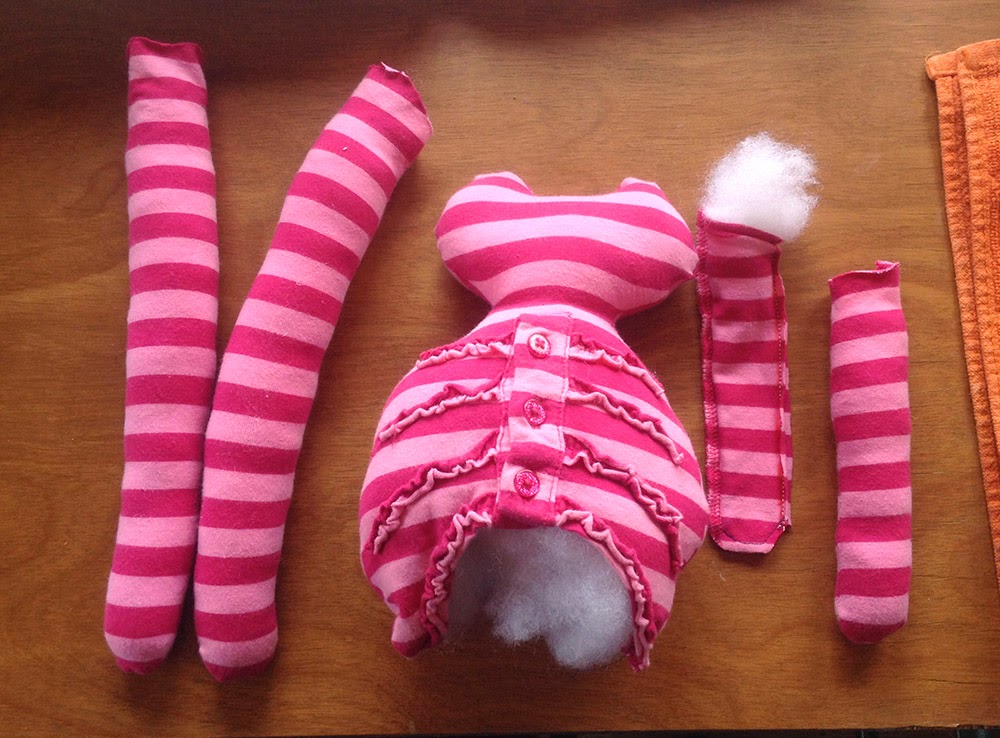 So, that had been the easy part (although for me, anything involving a sewing machine does NOT always equate easy). The tricky part, I felt, was going to be joining it all up and adding the skirt. But things proceeded as planned, for the most part. 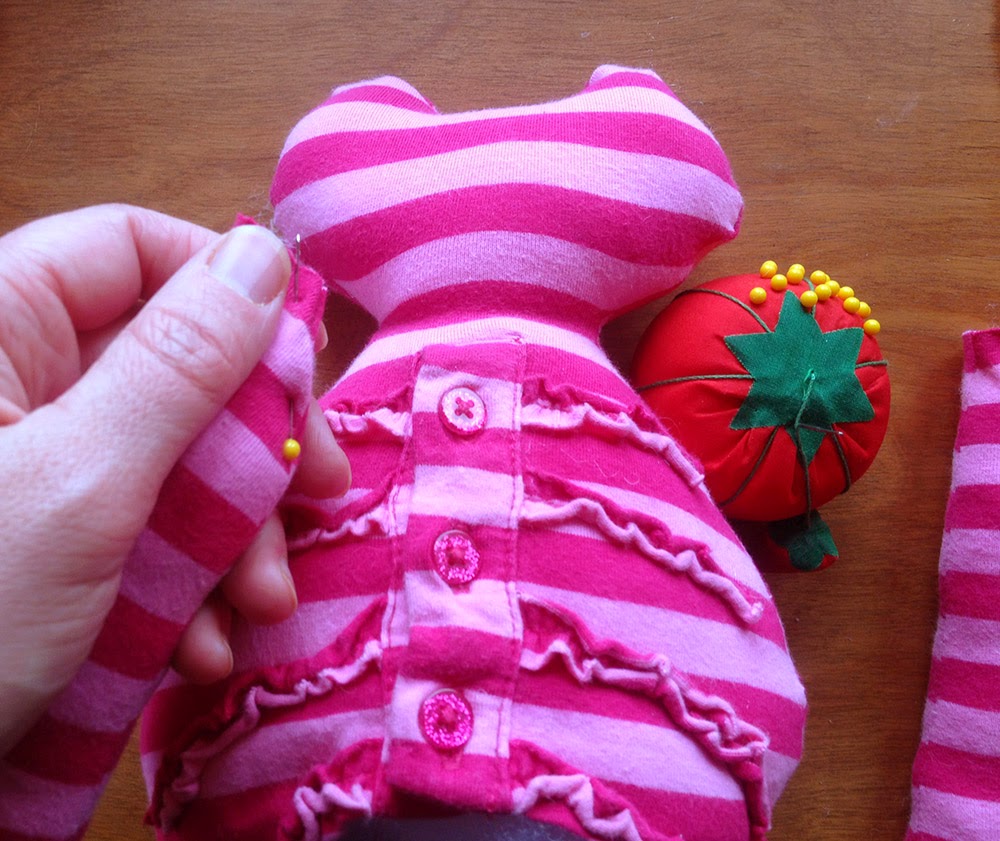 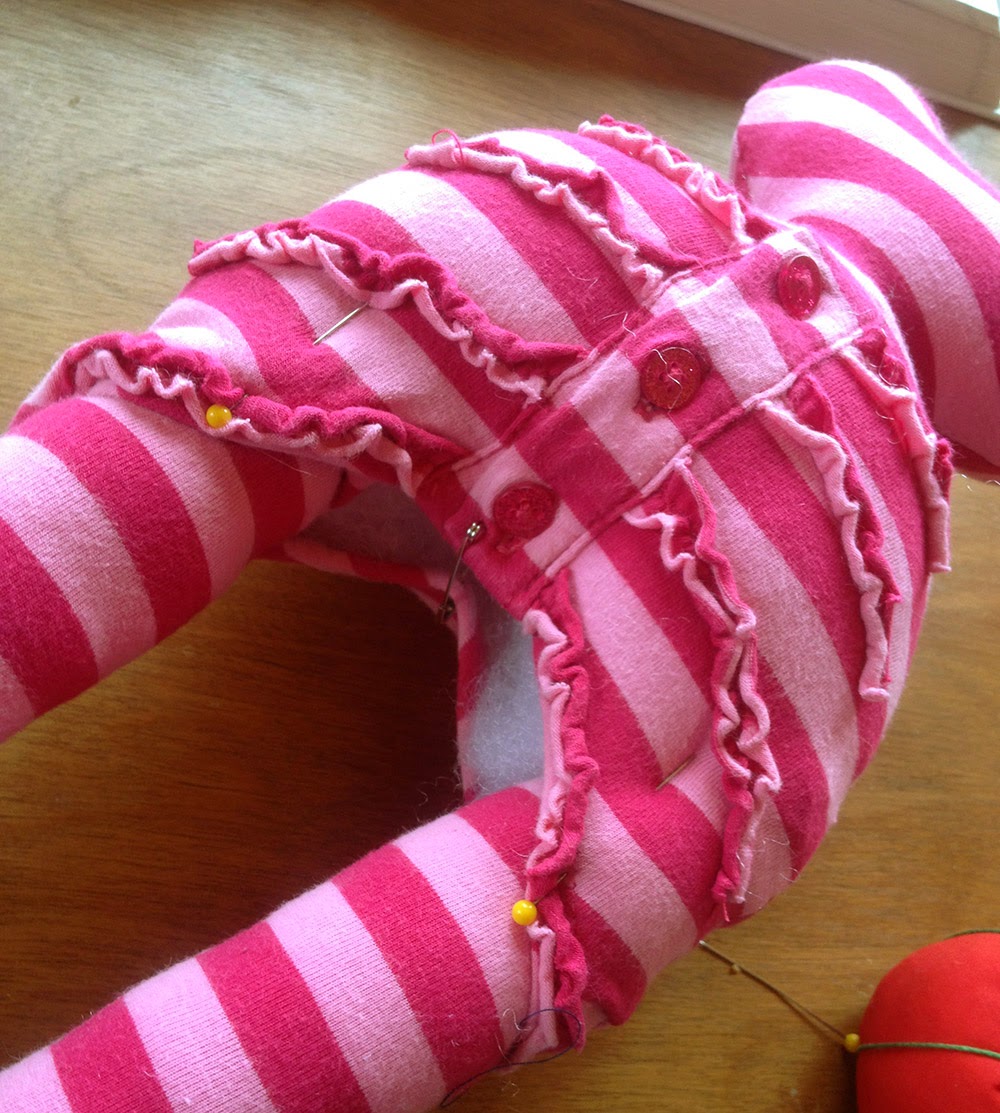 You can see here how the embellishments of the dress wound up giving Tuffy a nice pair of ruffly knickers — an unintended but happy consequence of my upside-down construction style. And the curve of the neck opening made it easy to secure the legs, since I had those edges to pin them to. 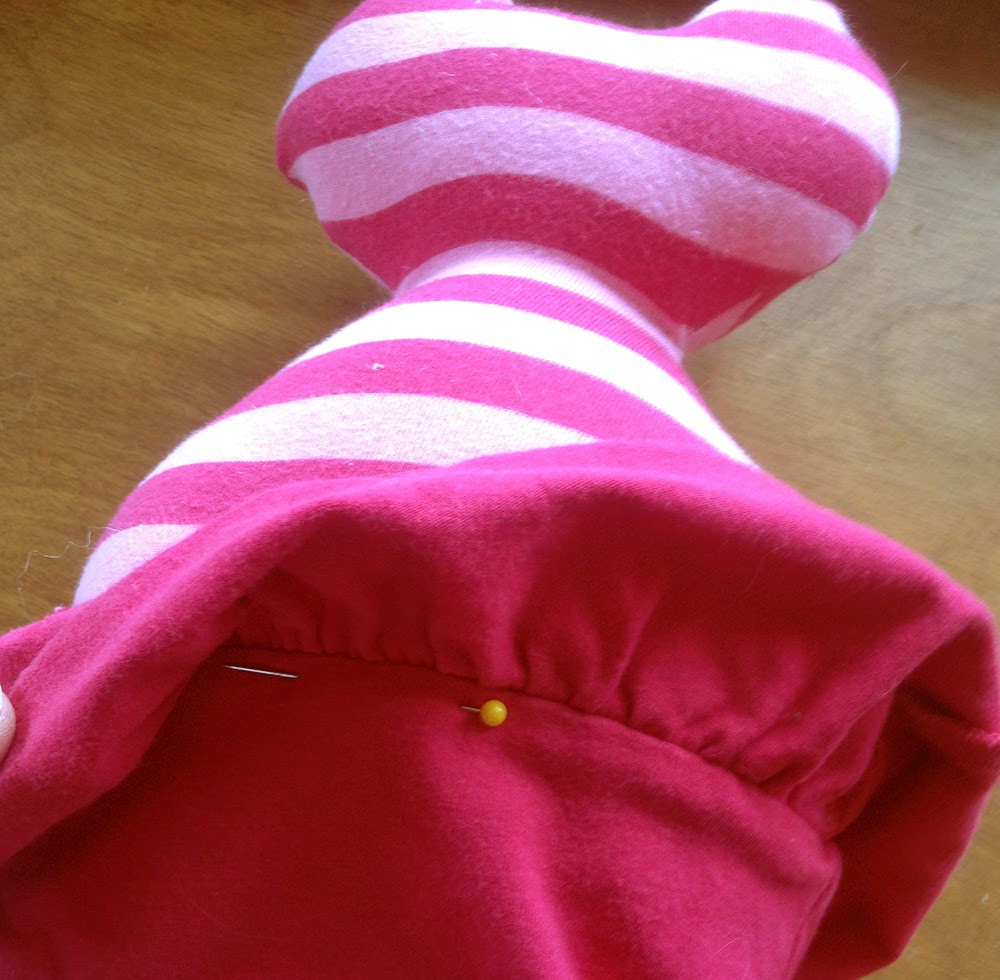 I got lucky, too, with the skirt — because of its tiered construction, it was easy as pie to pin and stitch it under the top tier, knowing that the ruffle would cover up my handiwork once all was complete. 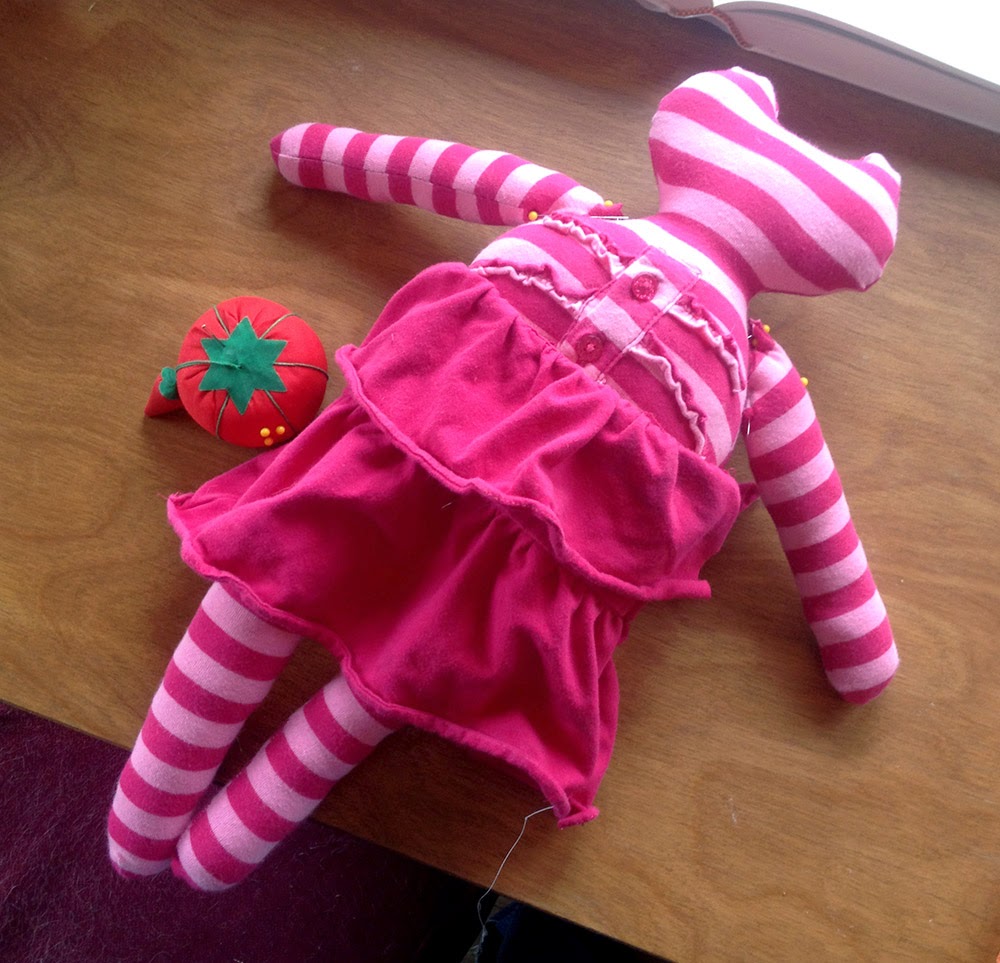 And here is the final product: A huggable and rather frilly (albeit topless) stuffed tiger. (I added button eyes after this photo was taken, but they have already fallen off twice, so I'm feeling like maybe that wasn't meant to be).

I am well pleased with Tuffy, and my daughter seems to have accepted her into her tribe of stuffed animals (her "friends"), which I guess is as good an endorsement as she's likely to get. Better still, sewing her up has emboldened me to take on a garment construction project that I have been stewing over for month. I hope to have an update soon!
Email Post