I Mended It: Black-and-white lace dress

Do you have a mending pile? I do. It's actually a big box, filled with things that need buttons, or hems sewn back up, or holes patched. Some of the things in there are so badly damaged that it's going to take real creativity to figure out if I can make them wearable again. But mostly it's a lot of missing buttons. 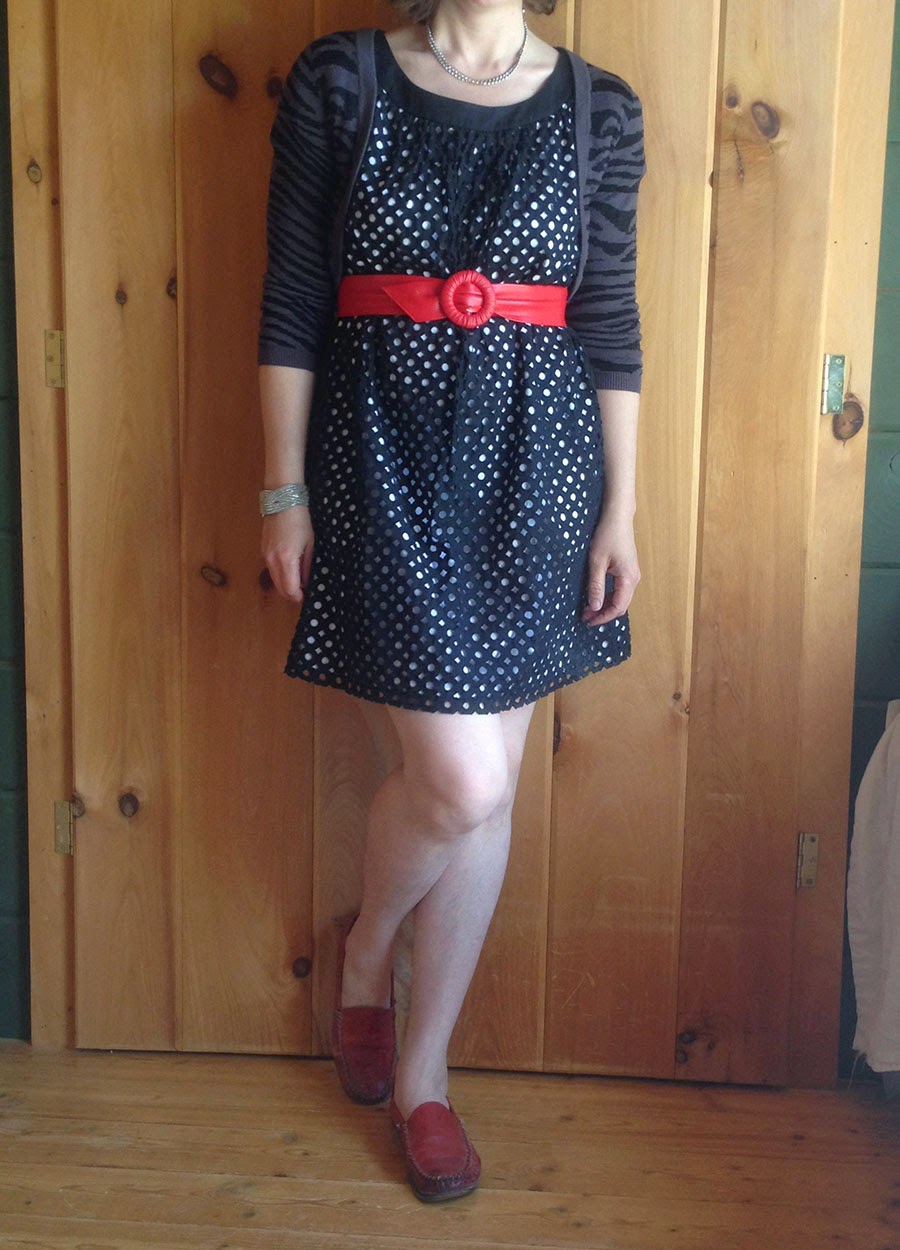 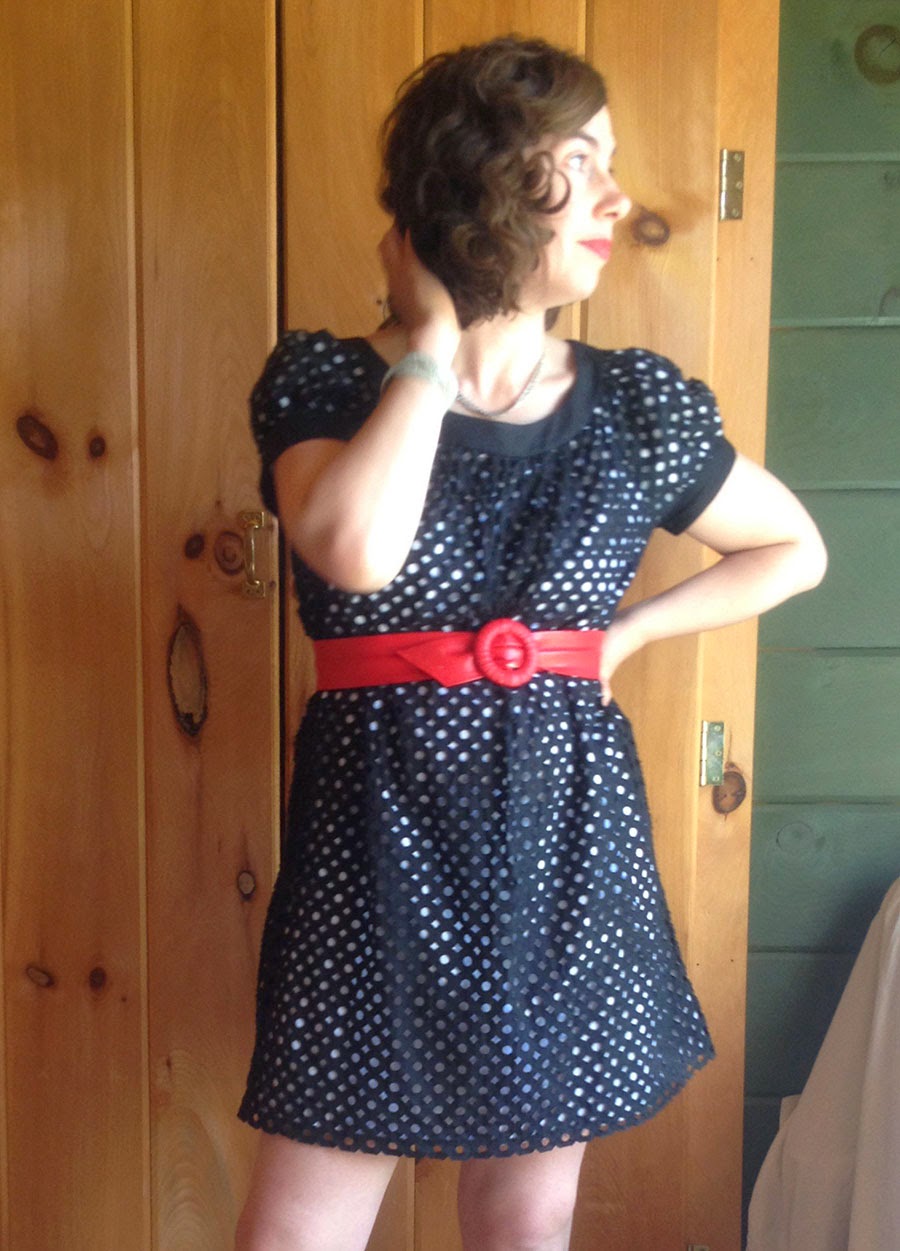 This dress has been on my mending pile for the better part of a year — maybe longer. It's an absolutely gorgeous Maggy London shift dress/tunic that I bought for a song at my local Salvation Army. I had dollar signs in my eyes when I saw how much thredUP was willing to pay for this brand, so I snatched it up and ran home to stuff it in my polka-dot bag. But lo and behold, not only was it missing a few buttons, there was also a rip in the lace at the back. So into the mending box it went. 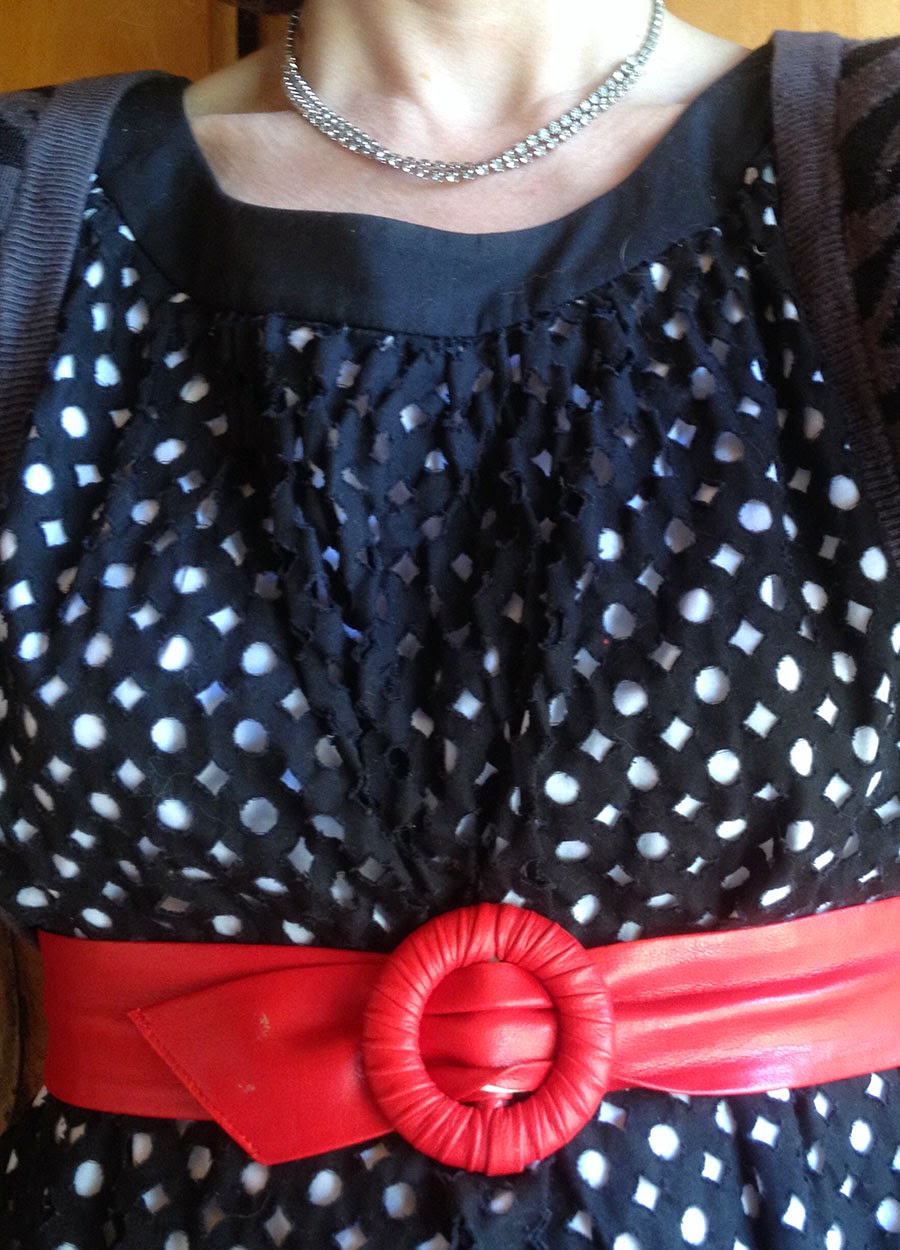 It's funny that something so simple kept this dress out of commission for so long. It was simple to pick up a few buttons at my local W*lmart (which I visit only grudgingly because I don't know where else to buy buttons), and it took all of five minutes to sew the new buttons on. And, blammo, I had a "new" dress. 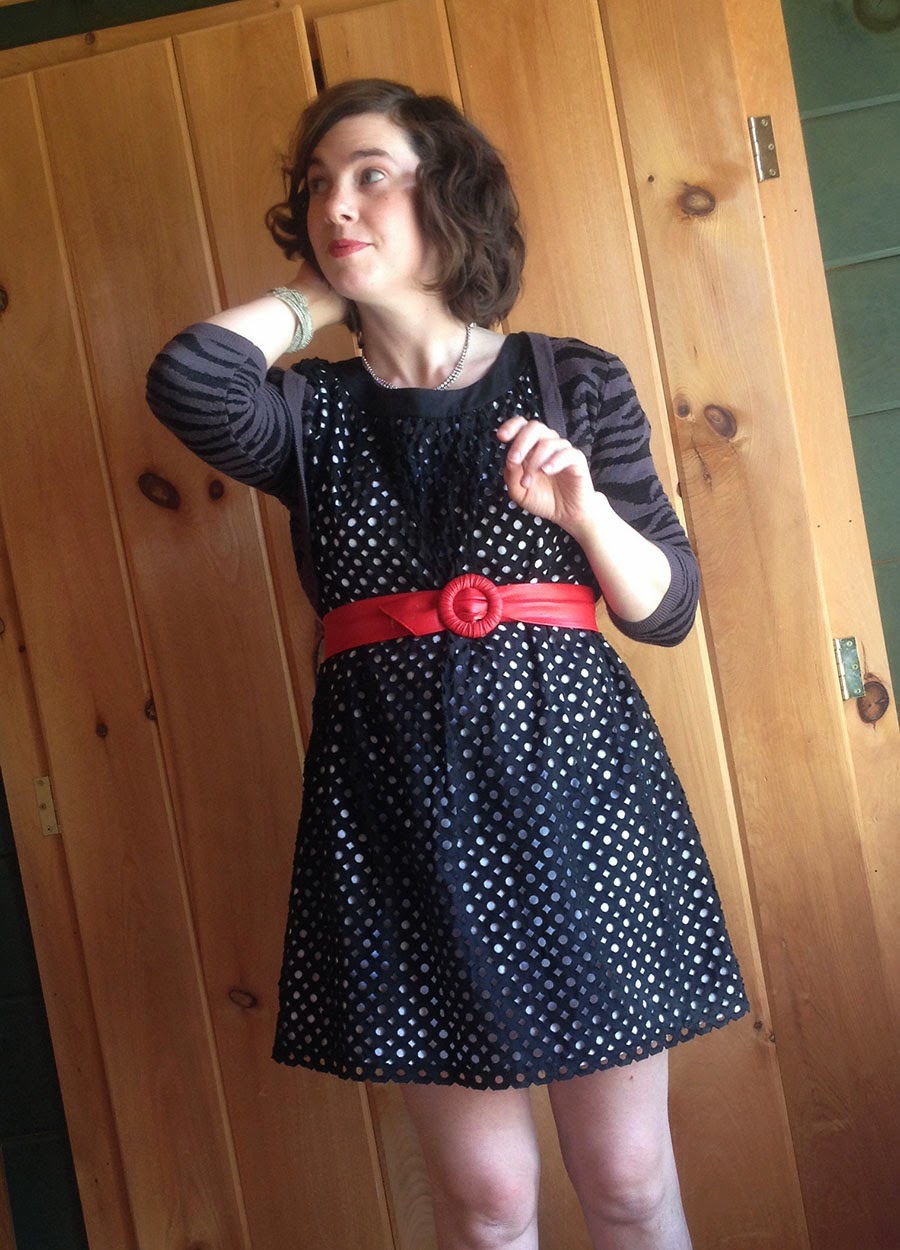 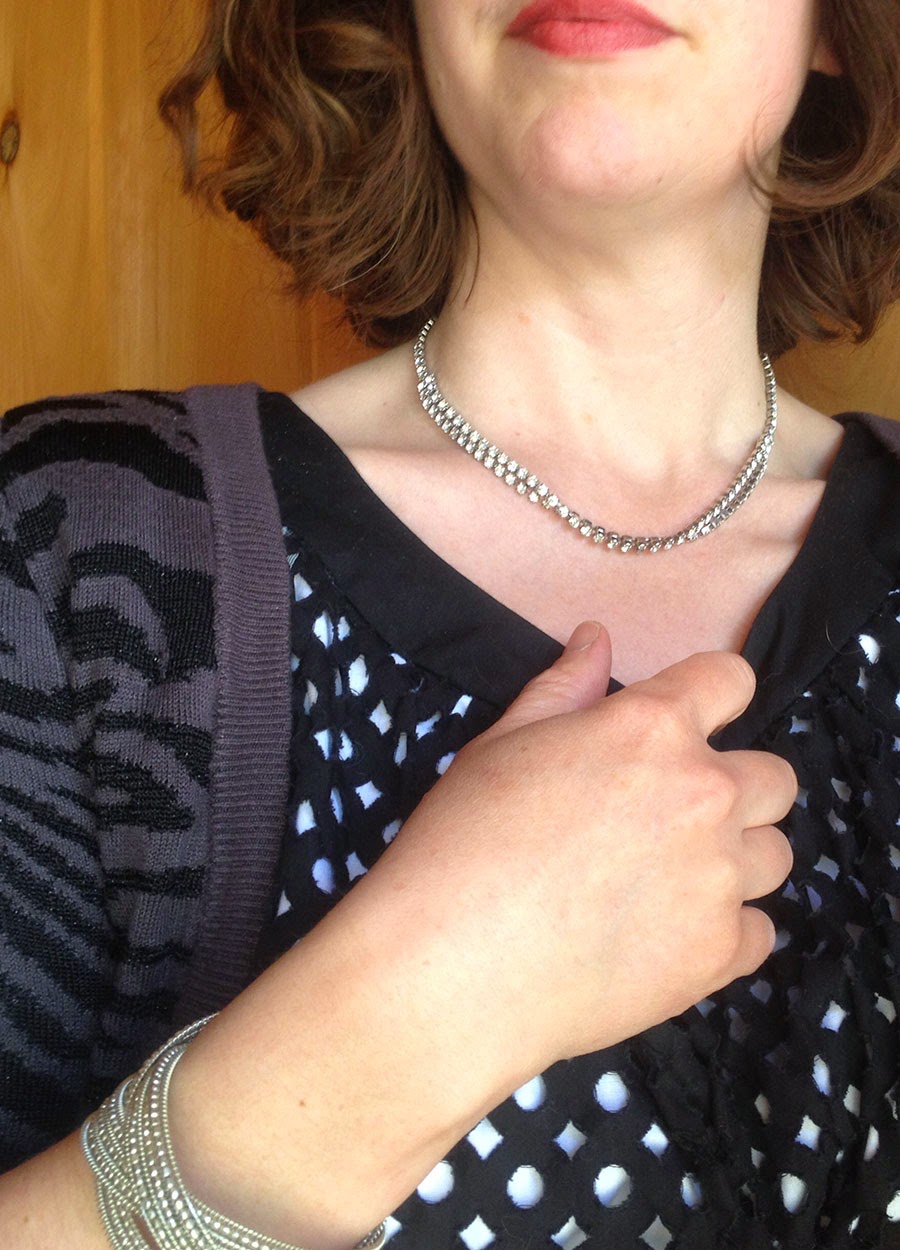 This is no great tragedy, of course; but taking some time recently to tackle some of these little sewing projects (and a few bigger ones — more to come on that) has demonstrated to me once again that often, the anticipation of things is worse than the reality. These little tasks can seem so daunting, until you actually do them. And then you realize that they weren't so bad after all. 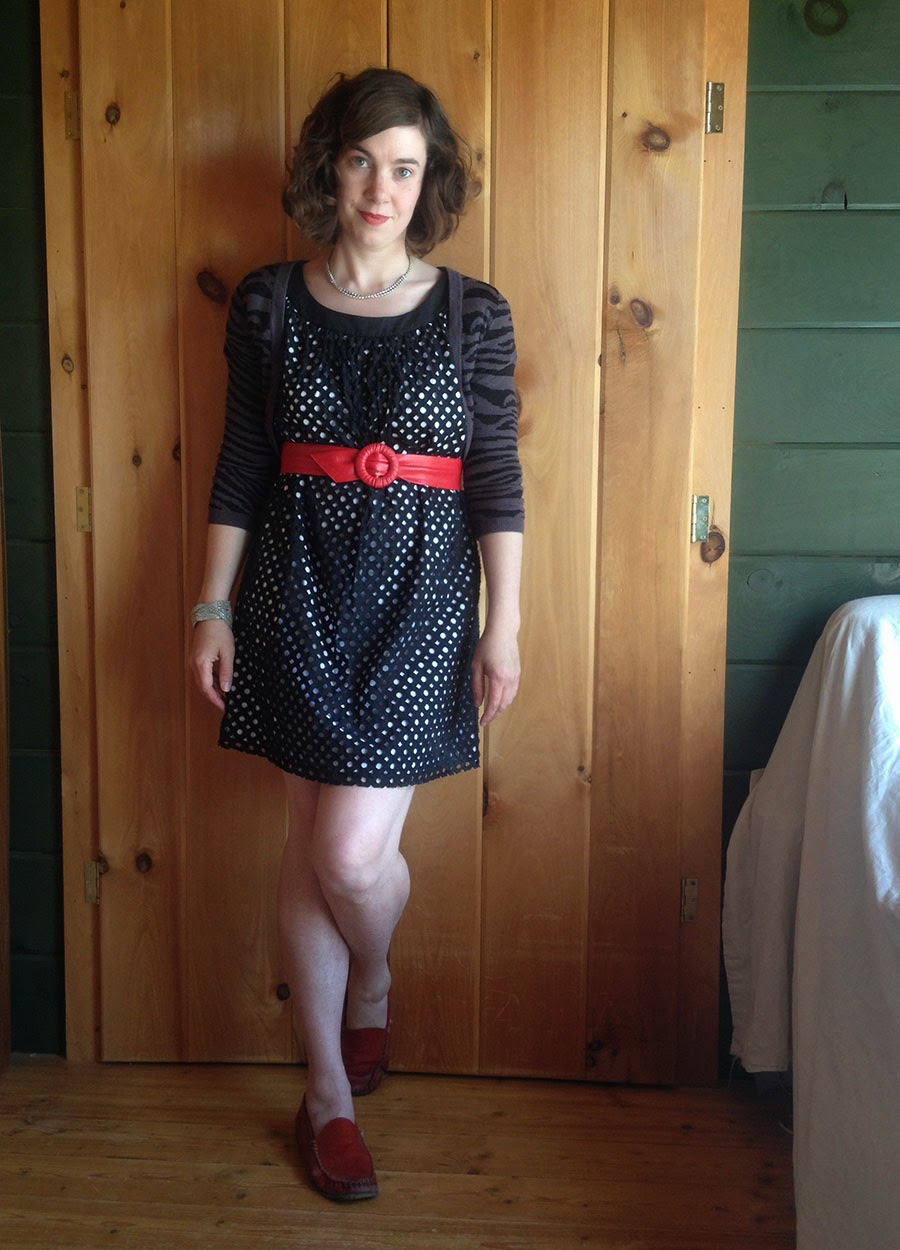 All thrifted, except for the shoes, which are J. Crew from about 12 years ago.
Minus the shoes, this outfit probably cost me about $8.
Email Post
Labels: black dress daily outfit diy lace dress maggy london personal style sewing vintage jewelry winning at sewing