Do you feel like the way you look defines you? 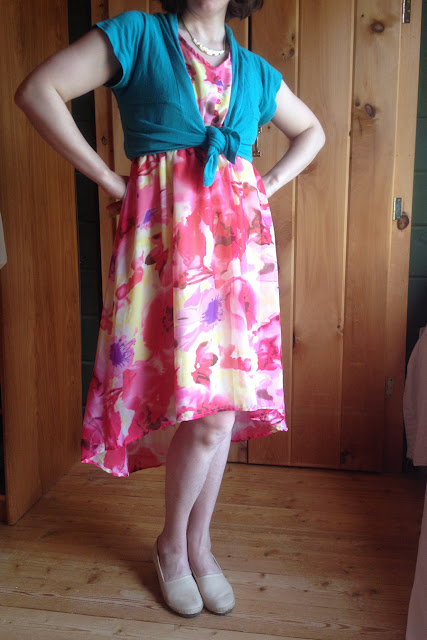 If you had asked me that in high school, the answer would have been an emphatic "yes." Wearing clothes that I felt matched my persona was very important to me. 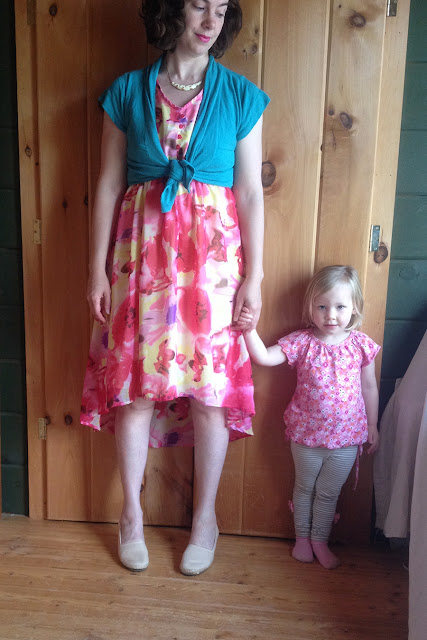 On the other hand, this outfit is not really "me." The bright florals, the palette, the shape of the dress — it's more like wearing a costume. But, you know, I'm very much OK with that, because wearing costumes is fun. 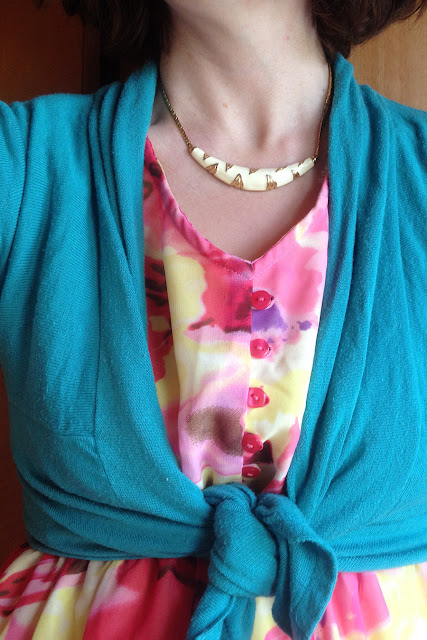 I still feel passionate about the idea of clothing as a cultural signifier. I remember when, as a junior in high school, I tried to muddle my way through this book (drawn in, no doubt, by the punk rock cover art). I definitely did not grasp all of what Hebdige was saying, but what I did get out of it was revelatory. I suddenly understood why it had been so important for me to have a pair of Doc Martens in junior high; why I liked it when other kids called me "weird"; why I saved up my allowance to buy an overpriced, oversized Cure T-shirt from a gross head shop that smelled so strongly of nag champa incense that I could barely stand to wear it. It was because clothing gave me a way of telling people, "This is my tribe. This is where I belong."

But I digress. Because this outfit was not about social signifiers. It was kind of the opposite. It was about saying, "Let's see what I can do with this" — with something that doesn't feel known, or comfortable, or meaningful in any way. It was about a pretty, bright, floral dress (which I promptly took to the consignment store shortly after these photos were taken). And this has been one of the revelations of adulthood: that I don't have to rely on the cultural signifiers of dress/appearance to define me.

Instead, I can just have fun. 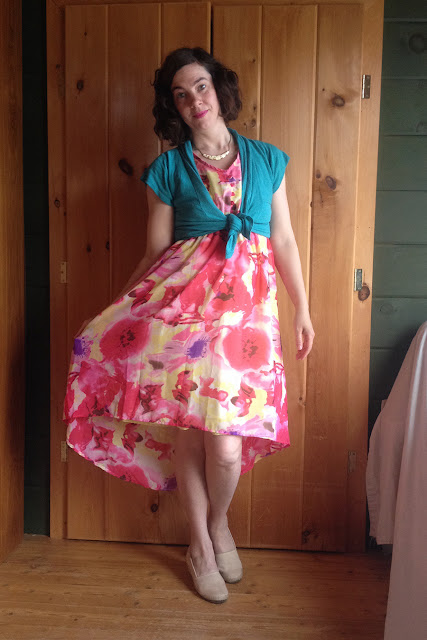