Guys, I'm getting slightly quicker at this stuff. A simple gathered skirt only took me two weeks to sew. 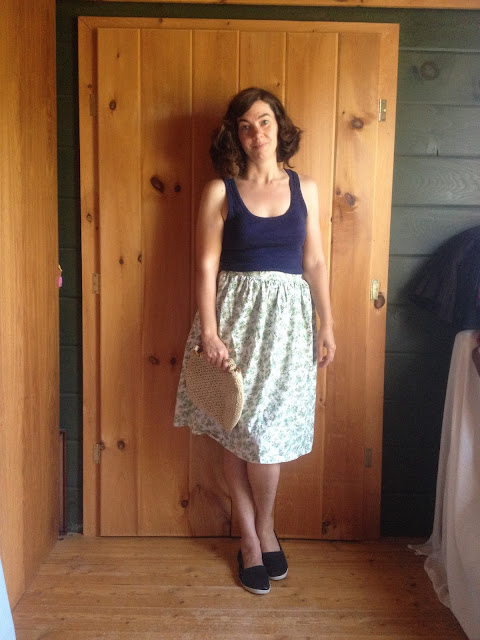 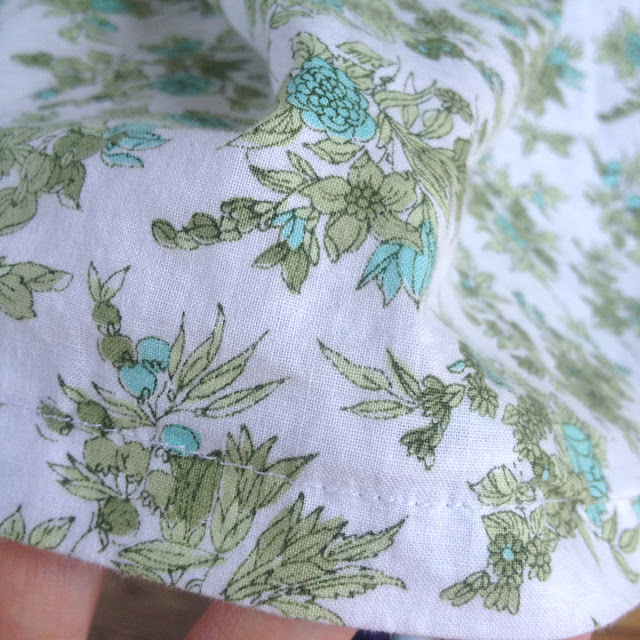 I picked up this fabric at my local Salvation Army a couple months ago. I was just smitten with the pretty print of blue roses, and the soft feeling of the cotton. I knew right away that I wanted to turn it into a Clemence skirt, so I got right to work. 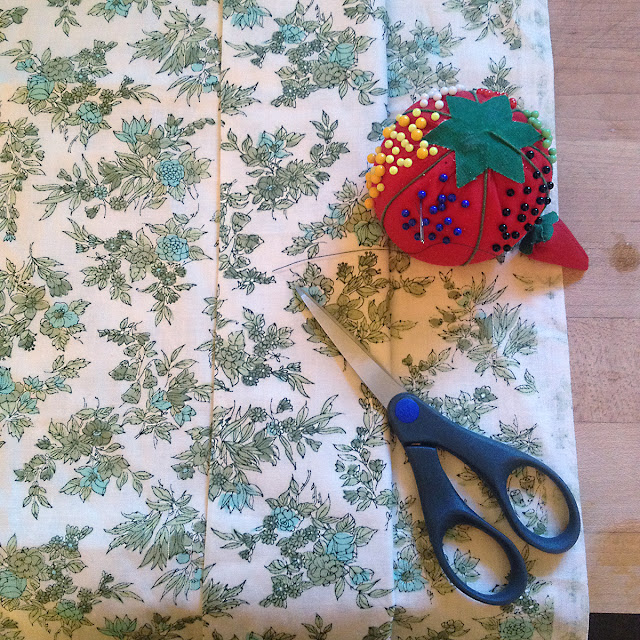 Having just finished thoroughly reading my copy of Love at First Stitch, I was feeling bold and decided to go patternless and draft my own skirt based on my memory of Tilly's instructions. Why, you may ask, didn't I just go upstairs and get the book so I could actually follow the instructions? Because that's not how I get down, that's why. 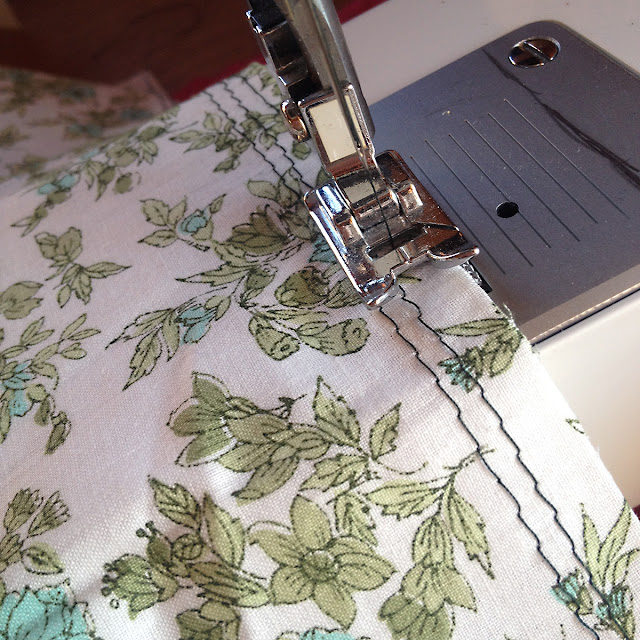 For the most part, everything went rather well. I cut out the pieces, sewed the sides together and then put in a few rows of basting at the top to gather the fabric together. (Actually, the first time I tried this, I sewed the skirt shut at the top, so I had to rip all those stitches out and do it again. Did I mention I am still relatively new at this whole sewing thing?) 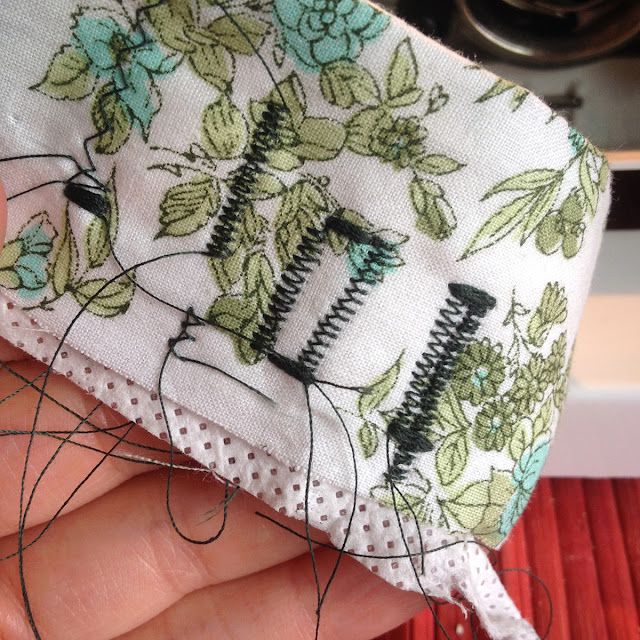 I decided to go with buttons, rather than a hook-and-eye closure, because I have had way too many of those things just rip right off the fabric before. Plus I have buttons in my house and no hook-and-eye closures. Note also my savvy decision to use dark green thread, since I couldn't be bothered to go out and buy white thread. And also what a good thing it was that I tested out how to do buttonholes about a zillion times before doing it on the actual skirt itself. 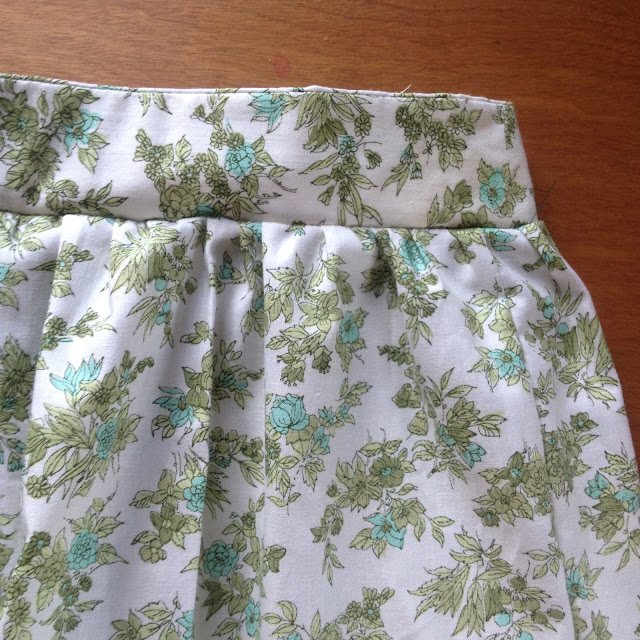 That moment when I joined the waistband to the skirt was one of total triumph. I was all, "It looks like an actual skirt!" Heady stuff. However, I then decided to add a pocket, but couldn't be bothered to actually think about/look up what a pocket is actually shaped like, so I wound up with this weird little unusable flap. I may come back through and fix that later. Or not. Because, I'm pretty lazy when it comes to stuff like that. 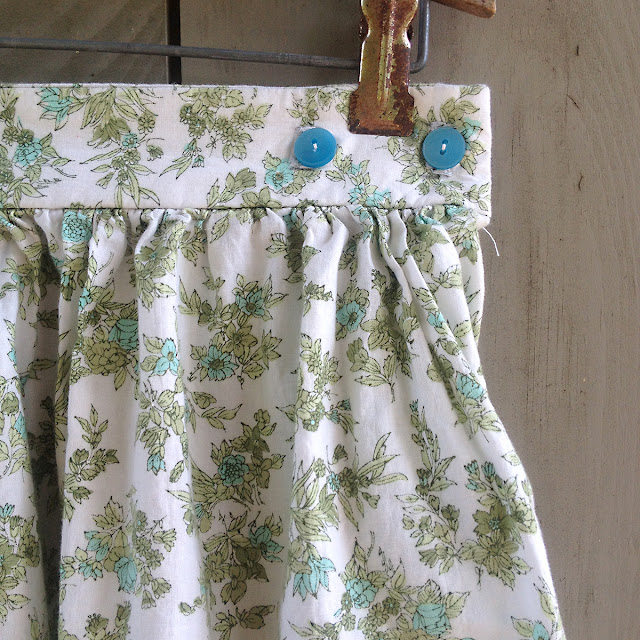 However, that weird flap does mean that I have an option of waistband sizes via these two buttons — I can use either one, depending on how bloated/slim I am feeling on that particular day. Which is honestly pretty rad because my waist size seems to fluctuate a fair amount. 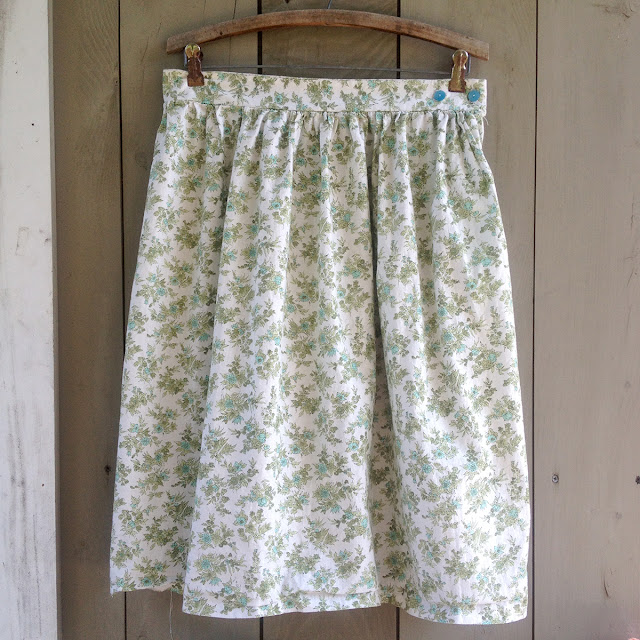 And here's the finished article, looking honestly rather unremarkable but also EXACTLY the way I wanted it to look. 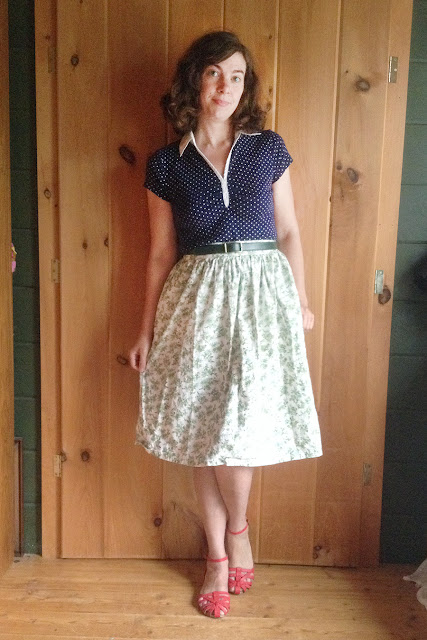 If you are thinking about taking the plunge into sewing, I can't recommend Tilly's book enough — it really does a great job of demystifying the process and laying everything out in an easy-to-understand way. I kind of wish I could just call her up or have her pop by for some help when I get stuck on something, but the book is the next best thing.

Up next on my sewing table is a 80s dress pattern that I've wisely decided to make out of a crazy purple fabric covered in giant, bright butterflies. Because, you know, why be boring when you can be fabulous?
Email Post
Labels: Clemence skirt Love at First Stitch sewing Tilly and the Buttons vintage fabric winning at sewing