I definitely tend to be the kind of person who says, "I'll just do it myself," rather than asking for help. But that's something I'm working on (it's hard!) — which is how I found myself standing up against the wall of the building where I work while my friend and co-worker snapped these photos. 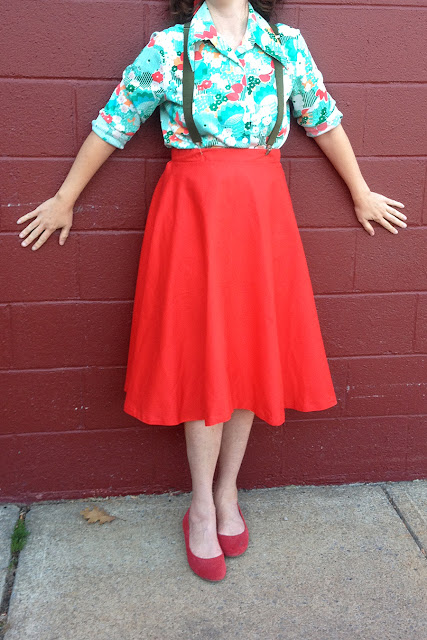 Why does asking for help sometimes seem hard? What is it in me that makes me say "I'll just do it myself" rather than reaching out to someone else? 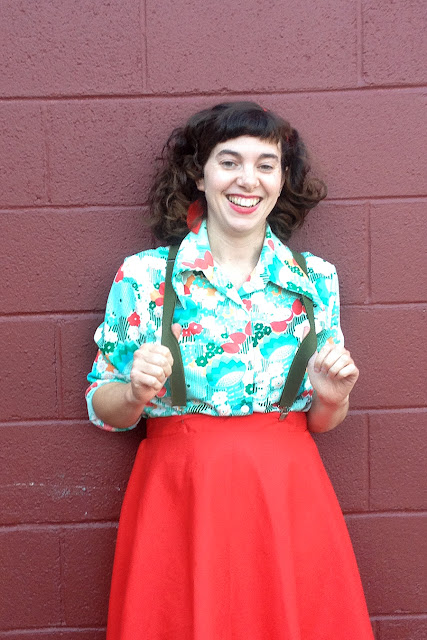 It could mean I have an overly high opinion of myself and my abilities — but I don't think that's it. I think the truth is that it's hard for me to let other people know that I want something from them. Because that's being vulnerable, right? And vulnerability is hard. 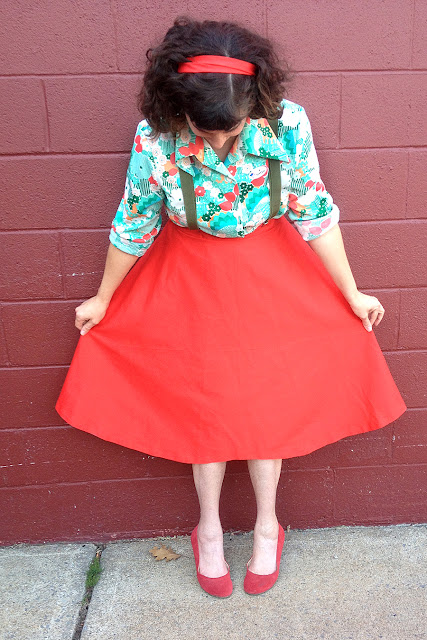 This awesome top was given to me by a friend who found it while thrifting. Clearly this is a good kind of friend to have! But to be honest, it took me a while to even figure out she wanted to be friends with me. The same thing happened with the co-worker who took these pictures. In both cases, eventually it dawned on me: this person wants to be my friend. I am someone this person wants to be around. I have value to this person. 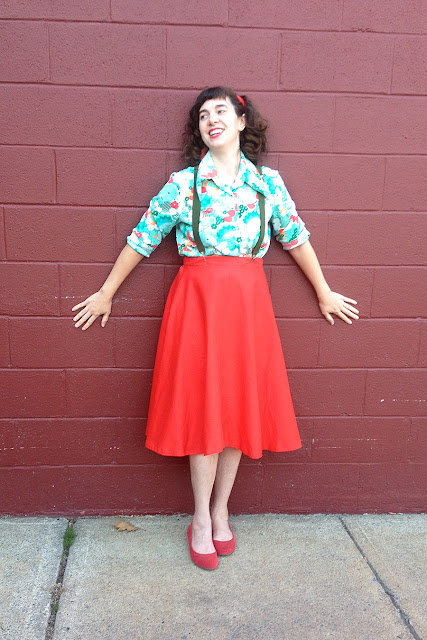 I am learning that I stand to lose very little, and gain a great deal, by finding ways to reach out, or to let others reach out to me. I mean, duh, you guys all already knew that, right? And I feel like I used to know it too. But maybe I needed a reminder. 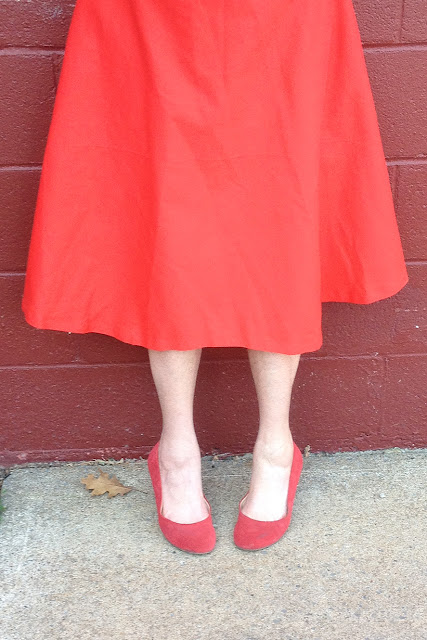 I am hoping to replicate the magic that was this self-drafted half-circle skirt so that I can do a tutorial for you guys, because honestly at this point I'm still not even sure how I did it. It involved lots of geometry, and some proof-of-concept work using tiny folded-up pieces of paper. But I'm pretty  happy with the way it came out (uneven hem and all)!
Email Post
Labels: daily outfit me made midi skirt red half-circle skirt self drafted self love vintage